Are sellers spying on buyers? 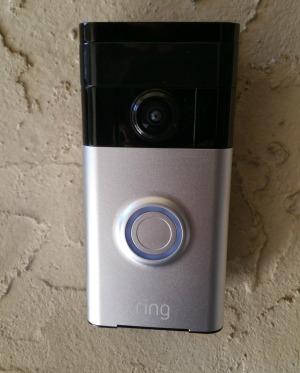 In recent years, we have seen a boom in smart home technology with an emphasis on safety, energy efficiency, and entertainment. Security cameras are now seemingly ubiquitous. With so much technology in our homes, it’s fair to ask if it’s being used when homes are on the market. Are sellers spying on buyers?

Some are. And sometimes their real estate agents don’t even know about it, and they are being surveilled, too.

On the outside of the house, you may notice a smart doorbell with a camera, such as a Ring doorbell. These are motion activated, and the owner of the device can both see and hear whatever is triggering the Ring to begin recording.  If you are on the front porch and speaking in front of one of these devices, you should expect that what you say and do is being recorded.

Or you may notice security cameras mounted outside (they may or may not have sound recording abilities).

Baby monitors have been around for awhile, and of course they pick up audio as well as video.  More recently we’ve seen the advent of “NannyCams” so that parents can spy on their childcare workers.

They can just as easily spy on any visitors to their home, of course. What is amazing to me is how tiny and cheap some of these video cameras are. I’ve seen some advertised for as little as $40, and some are disguised as other appliances or devices, such as a clock radio.

Bottom line is this: if you are in a home that’s for sale, assume that everything you say and do can be seen and heard. As a home buyer, it’s best to keep your feedback on the home to yourself until you are far enough away (perhaps on the sidewalk?) so that your conversation is truly private.  For those of us who are Realtors, working in real estate, we are also pulling back on comments in the house or condo for the same reason. We don’t want what we’ve said or expressed to be used against us later.