Closed curtains or blinds in an open house? What is the seller trying to hide? 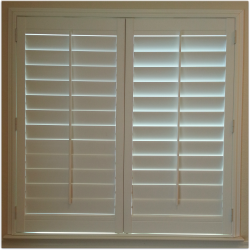 Recently I showed a Silicon Valley home during a regular weekend open house.  Almost every single one of the plantation shutter blinds were closed tightly.  That made the house appear dark on a bright, sunny, summer day.  What was the point?

It was a “red flag” that there was something to hide.  In fact, there were several somethings to hide.

Something seem wrong?  That’s a clue that you might want to investigate further.

One of the reasons that home buyers in the San Jose area will want to hire a buyer’s agent (and not simply work with the listing agent of a property they like) is to help you to identify any red flags, any potential issues, problems or risks.  Because we full time Realtors are in and out of homes, attend inspections, office meetings (where we share information) and do classes to keep up our knowledge and skills, we’re in a better position to help both sellers and buyers avoid risky problems.