Delayed Silicon Valley move-up buyers ready to “bite the bullet”, sell for less and move up 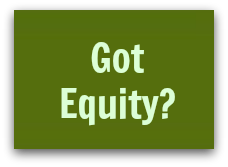 For several years, we’ve seen declining residential real estate prices in much of Silicon Valley.  In many areas, though, prices are now either flat or bouncing up and down within a small range such that the probable buyer’s value or market value is very close to where it was a year or two ago.  Today’s San Jose Mercury News reports

“In a report to be released Monday, Clear Capital, a real estate valuations company in Truckee, predicts that prices will remain almost flat this year — compared with a 4.7 percent drop in 2011 — in the San Francisco-Oakland-Fremont metropolitan area, including Contra Costa County. Silicon Valley should see a 1.6 percent increase in home prices, compared with a 2.5 percent drop last year, the company said.” (Bolding mine.)

A small, modest increase in pricing is usually healthy for home sales as it gives buyers the confidence needed to finally take the plunge. It’s immensely challenging for people to buy when they believe any product – cards, home appliances or houses – will be cheaper in a day, a week or a month.

Home sellers who have wanted to move up from a starter home to the one they hope to spend decades in have felt somewhat trapped by lack of equity in many cases.  In others, the idea of selling for less than at the peak was so upsetting that they felt terrible about moving ahead prior to a full recovery.  Most now understand that getting back to prices at the peak of the realty market in San Jose and Santa Clara County will take many years.

Some of them are tired of waiting and are electing to forget about the profit they could have had if they’d sold at the peak.  These folks have decided to make the jump now to get on with their lives, despite less equity than hoped for initially, while at least interest rates are so favorable.  (It should be added that the move-up home will now cost less also!)  This can be a very wise decision since buying a house, townhouse or condo is usually not one purchase but two: you’re buying the loan product also and the total cost of home ownership should factor in both the costs over the lifetime of the loan as well as the purchase price.

Have you been “on hold” and “waiting for prices to recover” before moving up?  It could be a long wait.  What else is on hold with it?  Better schools for your kids?  More room for visiting friends & family?  The view you’ve always wanted?

A client of mine said to me the other day, “it’s time for us to ‘bite the bullet’ and make the move“.  They know that they won’t get the price they originally wanted, but instead only what the market will bear.  They want to get on with their lives and quit waiting on the market – which is completely out of their (and my) control.

On the positive side, though, two years ago interest rates were hovering at 5% for a 30 year fixed, conforming rate loan.  Today they are at 3.91%.  The home they want to buy is 3-5% less than it would have been 2-3 years ago.  Prices are lower for selling, but the cost of buying their next place and also the cost of a loan is lower too. The math may work out very much in their favor after all.