Knowing the topography is useful for learning whether your neighborhood is truly flat or if there’s a bit of hill that you aren’t noticing. The understanding slope is helpful for understanding which way the water runs in downpours, among other things. 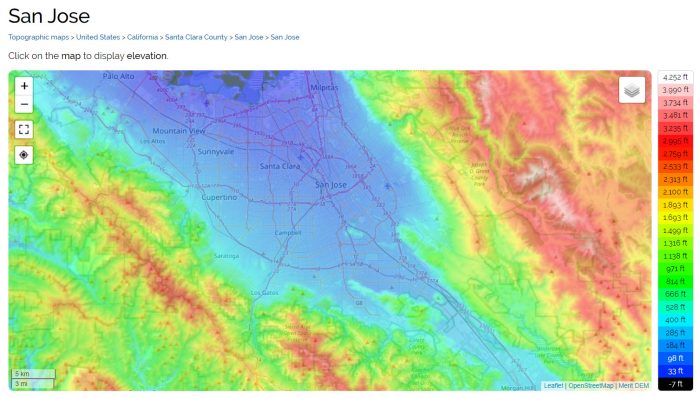 The map is color coded with reds being higher and blues being lower.

More broadly, you might want to know if your areas is the lowest lying region around since water will tend to run or collect there.  In the image below,  the darker blue areas are lower. Hopefully the storm drains will carry away rainfall so that it does not pool in the lower areas. The elevation could be relevant to some risks. 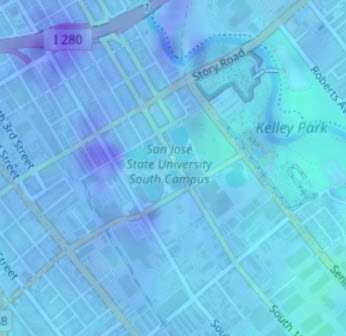 Areas near the bay, such as Alviso, Newark, Foster City, etc. are going to be low. Below is a snippet of Foster City. 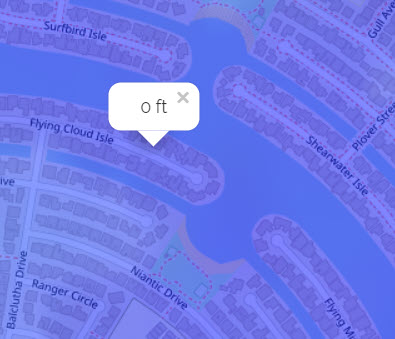 We tested this took out with our own house and street, and it looks accurate. The home behind our back fence is a little lower than ours, and on this map it shows as 2′ less.

Love maps? Here are some other interesting maps and articles about maps that may be of interest to you:

Dam failure (on this site)

Where are the natural hazards in Los Gatos? (many maps relating to those zones – on the Live in Lois Gatos blog)