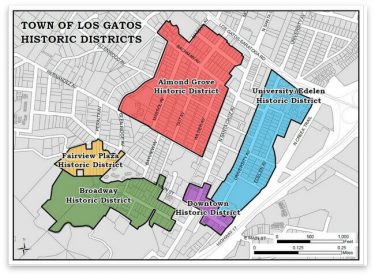 What sets this neighborhood apart, besides simply having older houses? Why make it a special historic district?

It certainly got off to a good start. The subdivision was first auctioned off in 1887. They began with approximately 40 acres of former almond orchards that was subdivided into 170 lots and by the end of the first auction day, a full 121 of them were sold!!  But that’s not it. However, part of it had to do with the background story. Below please find an excerpt from the town’s website. 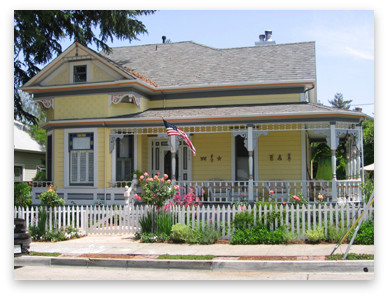 The town has a long discussion as to why this area is historic. It’s not just the age of the buildings, but also what happened there and who lived there and why they were important to the town.

I’ve written much more on my “Live in Los Gatos” blog.  To learn more, please read these articles: