Home buying in California? Ask a lot of questions! 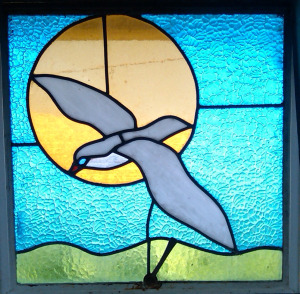 If you are purchasing a home in California, it would be wise to ask a lot of questions.  You may wonder why, given the absolutely enormous stack of disclosures that sellers must fill out already.  Is it possible that anything at all could be left out?  You bet.

First, a lot of the disclosures are a little bit limited in one way or another.  More than anything, often they are a subjective assessment by property owners who may not feel the same way about something as you do.  For instance, what constitutes a nuisance or something annoying?  Perhaps they love the sight of seagulls (seagulls are overly abundant in San Jose right now) circling over head, but maybe you view them as flying poop monsters, whose droppings will ruin the paint on your prized automobile.  Are they a nuisance? Or do they enhance the sense of closeness with nature?

Another limitation is with some of the questions themselves.  The number of questions and the way they are worded have changed over time in response to problems which arose from lack of clarity.  In the 90s, one of the questions in the PRDS Supplemental Seller’s Checklist asked if there was any landfill on the property.  After a lawsuit involving medical waste in a Willow Glen (San Jose) backyard, the word was changed to just “fill” (sans “land”) to cover a broader meaning.

In some cases, the meaning is still narrow.  For instance, you may want to know if anyone has ever died at the house.  The disclosure forms, though, only ask if anyone has died there in the last 3 years.  If you don’t ask, the seller doesn’t have to volunteer about a death prior to that (some exceptions).  If this would be a concern to you, then, you will have to ask – and the home owner is required to answer truthfully.

Many home sellers (and unfortunately, no small amount of real estate licensees) tend to think that the questions on the forms represent the total disclosure obligation.  In other words, if there’s no question about it, there’s no need to discuss it.  But that is not really the case, but in fact the obligation is to volunteer any information at all that might impact the buyer’s decision to buy or how much to pay – with some exceptions for things such as protected classes.  (In other states, it’s not the same at all, by the way! In some places it’s only what is physically relevant on the property.)  If the sellers or their agents don’t really understand this, some of the information you need to make a well informed decision could be omitted by accident.

In addition to asking if someone has ever died at the property (not just the last 3 years), you may want to consider asking about things like this:

Finally, in addition to going back to the sellers with questions, you can also knock on the neighbors’ doors, introduce yourself and learn more from them.  The neighbors will be glad (at least usually) to meet you just as you’ll want to meet them.  You can learn a ton from people living nearby!