Homes in San Jose are taking a little longer to sell

The market in early 2019 began heating up in a seasonally normal pattern but has now leveled off with a little up, a little down, but not too far from 20 days to sell. Prices are similarly a bit up and down but overall seeming to level out.

Today I want for us to take a quick look at the seasonal patterns for days to sell which tend to be present for houses selling in the city of San Jose over the course of a year. Please note that the pattern can be similar – but the depth or severity of the pattern can vary quite dramatically year to year, or between one location or price point and another.

I really like taking a multi-year view (which almost no one seems to do, it is nearly always only year over year) to get a broader sense of what is normal – or at least what appears to be a regular pattern.

In the graph below,  you’ll see that most years see inventory rising in January or February. We had a highly overheated pattern in all of 2017 and early 2018, and visually it’s pretty evident that they were moving to a beat of a different drummer. 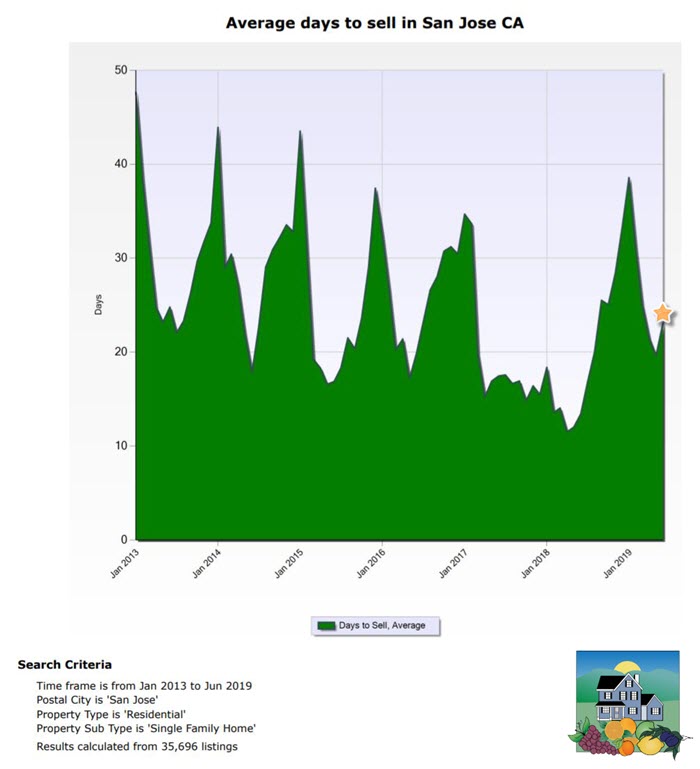 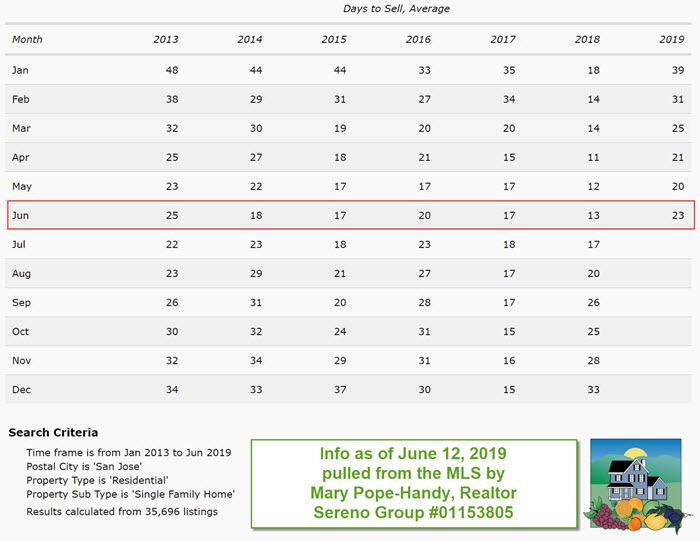 Is it harder to sell a house in San Jose now than a year or two ago? Yes, absolutely! Is it a buyer’s market? No! It is becoming more balanced, though. I would call this a healthy market. Perhaps a normalizing market. Homes which are priced well, marketed well, easy enough to see and so on are selling in well under a month. That’s a good market. For a little perspective, check out the June numbers from 2002 through 2012 (the MLS won’t let me get stats further back that 2002). 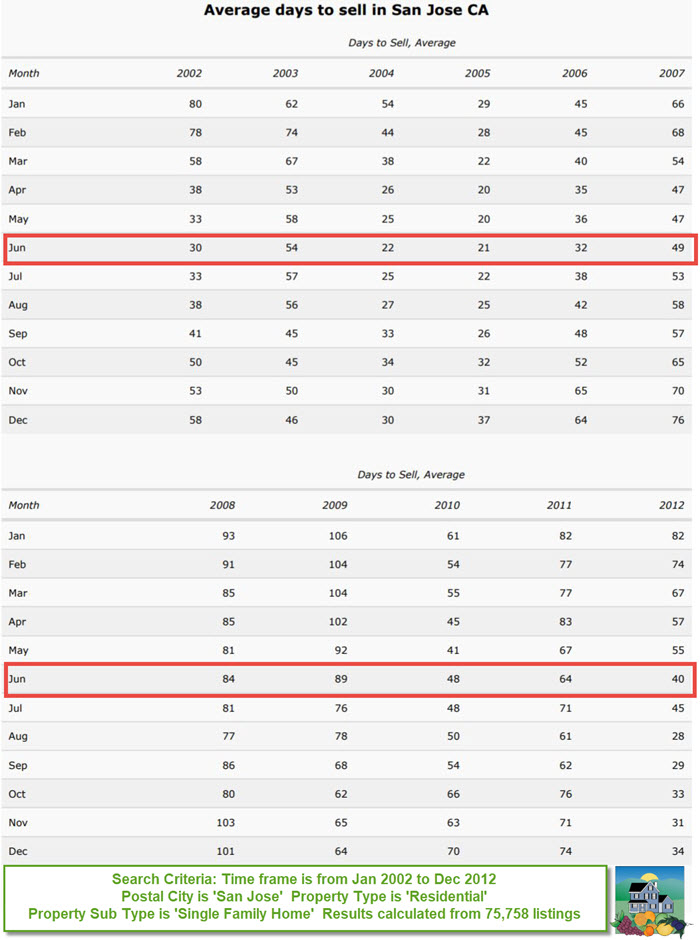 Using the Altos Charts (I have a subscription), here’s a view of 4 pricing tiers within San Jose residential real estate which is for sale – not sold – right now. Days to sell charts the success stories, the ones that go under contract!  This info charts ALL LISTINGS which are active or as yet unsold.

A normal market is not a bad one. Buyers are less rushed, Sellers who are reasonably aggressive on price, condition, marketing, access, etc. are having success. Overpriced homes, homes with too many issues or which are too hard to see are a different story.

Interested in buying or selling a home in San Jose? Please reach out to me!