We know that Silicon Valley real estate prices are sky high and housing affordability is pretty awful.  How does it look county by county in California? 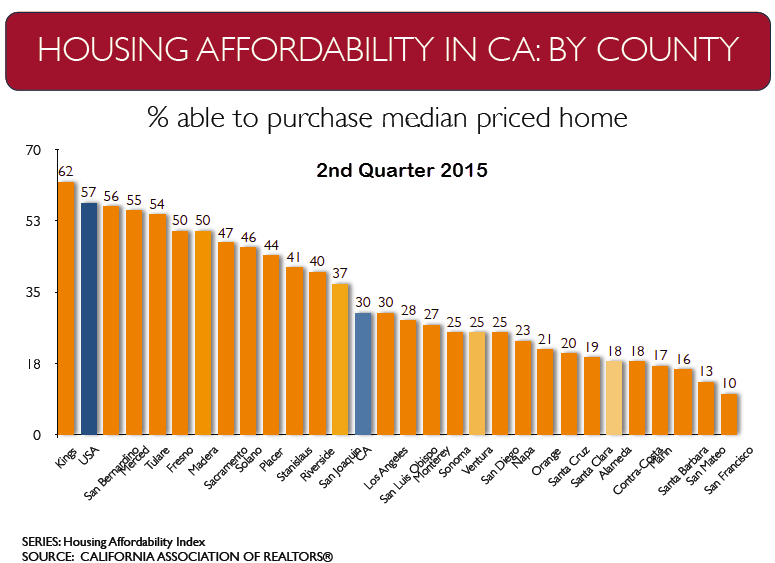 The reason is that this chart factors in the incomes in those areas with the cost of residential real estate.    Houses may sell for more in Santa Clara County than they do in Alameda County, but people make more money here, too – so that is a compensating factor.

Often people work in the more expensive areas: The City, The Peninsula, or Silicon Valley – and commute from more affordable suburbs in less expensive counties.

As long as gas remains cheap, this will be a strong preference for many (even more so if the Google, Apple, and other similar busses serve the remote outposts).  When gas gets pricey again, as eventually it must, those regions will become far less attractive.  When that happens, it will be felt in real estate pricing as a slide is likely to happen.

The old adage remains true that the three most important things in real estate sales are location, location, and location.

(The chart above is from the California Association of Realtors.)