How Big is a Realtor’s “Territory”? How Local is Necessary, How Far is Too Far? 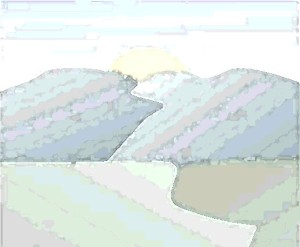 A year ago October, I attended the National Association of Realtors convention in San Francisco and met a highly successful, very experienced and decorated (awards, designations) agent from the east coast. When I asked her which part she was from and worked in, she rattled off about 4 large counties. (I’m familiar with the area, so wondered where she was within it.) She did not want to tell me where her office was because she sold in all four or so large areas. She had what I considered to be a huge turf! Her idea of “local” was over 50 miles in diameter – maybe 70 miles or more!

Some agents claim huge territories where they work!

And then a  month or so ago, my husband, Jim Handy, and I attended a party at a lovely home in Santana Row and one of the guests asked me where I worked.  I told her that  I sell all over Silicon Valley, mostly in the “west valley communities” of Los Gatos, Saratoga, Campbell, Almaden Valley and Cambrian Park, but I have listed and sold all over. This gal wanted me to tell her that I worked only in Los Gatos, or only in Cambrian Park or Almaden Valley etc. and it was hard for her to imagine I would really work all of the San Jose area.  Just last week I got a similar question from someone who lives and works in Los Gatos – she seemed to think that agents who work in one town only work in that town.

Some home owners have the same mis-perception that agents only work a very tiny region, such as just Los Gatos or just Saratoga.

Let’s do some quick math to explain why this isn’t the case. In Los Gatos, there are about 800 to 1000 agents. Those agents sell in town, but also in Cambrian, Campbell, Almaden, Monte Seren0, all over San Jose, etc. In Los Gatos, the average number of homes (condos, townhomes and houses) sold over the last 7 years is 39 per month, which is 78 “sides” of the transaction (buyer side and seller side),  or 936 sides per year. The average number of transactions that a Los Gatos agent will have in Los Gatos is one a year.  Of course, there are many who do not sell in town at all, and there are a few who sell a large percentage of the homes.  Some of the top producers in Los Gatos do not have their license in the town, but perhaps in adjoining Saratoga or somewhere in San Jose.

Agents don’t make a living doing one transaction per year, of course. Those 800 or 1000 Realtors in Los Gatos are also selling in nearby areas of Silicon Valley. Some may have a much larger territory still.

How important is it to be a “neighborhood expert”?  It used to matter a great deal, before the internet and the free access to information, for someone to hire a “neighborhood expert” (which by the way, when on a rider sign means nothing – anyone, any agent, can by this little sign and put it on the for sale sign).  In most communities, though, the information is readily available. It is imperative that the real estate professional know the general area, but not necessarily the track or that particular zip code. If the agent has sold within a few miles (3-5) of the property, it’s usually close enough for our metro area. I have run into sellers who only want to hire someone who has sold in their particular subdivision before. Honestly, that’s a little silly. The best agent for you and your home may have sold a block away – don’t eliminate him or her because of a micro- proximity issue!

So those are extremes I’ve run into – agents who advertise huge swatches of areas (and some sellers who want knowledge on a micro-local level.

As for my real estate practice. . .

I will literally go the extra mile for a good, decent, honest person who is reasonable about the market etc.  On my website and in most of my communications I have put “Helping Nice Folks to Buy & Sell Homes in Silicon Valley Since 1993”. But of course I don’t want to sell in areas where I don’t know anything. That would not be doing my clients any favors.

I mostly sell in Los Gatos, Saratoga, Cambrian Park, and Almaden Valley. But I just closed a listing in Sunnyvale, and do sell all over, from Santa Clara and downtown San Jose to the Blossom Valley area to Willow Glen. My focus, though, is on the four regions mentioned above. I’ve lived all over Santa Clara County and  I have sold in every part of the county except Gilroy, where I have shown homes but not sold any. I would feel comfortable showing any part of the valley floor, or the suburbs like Silver Creek, Almaden, Berryessa, etc.. Additionally, I have sold in Fremont, in Redwood Shores, and in Scotts Valley.  I normally limit myself to Santa Clara County, though.

I do not sell the mountains. This is not a distance issue, but it’s a matter of mountain homes being a speciaIization I don’t possess or want to develop. I would be the wrong person to list a home in the mountains or to sell in the mountains and I refer clients out to good “mountain agents” for these homes out because my inclination would be to talk people out of living there!!

So for me, all of Santa Clara County (except the mountain homes) are an OK area to sell.

Last year I listed and sold a home in Scotts Valley. Those wonderful past clients and friends of mine weren’t sure if Los Gatos was too far or not. How “local” is “local enough”? It’s actually only 30 minutes “over the hill”. I told them I would not blame them if they wanted a more proximate agent, but that if they wanted me, I would love to help them and would work hard to learn everything I could to do a great job for them. They decided to hire me. We sold quickly and at a good price. I think they would heartily say that a half-hour’s drive is not too much if the client hires a good, hardworking, experienced agent.

In Silicon Valley, there are 8000 Realtors and about another 4000 real estate licensees who are not Realtors. About half of them have been in the business for 5 years or less. If there are 4000 experienced Realtors to choose from here, it should not be necessary to hire someone from Stockton! Agents from several counties away have different issues that they deal with – agricultural issues that do not impact, say, Cupertino. So my advice is: hire someone good & experienced within a half hour of you if you are in the Santa Clara Valley. Agents from Oakland or Brentwood do not know this market so do think local. Not micro-local, but close enough to keep an eye on new listings (for buyers) and to easily service the listing (sellers).