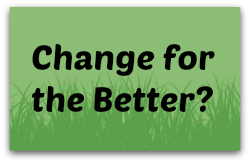 Many times, homeowners look at the size of their home and assume that all living space is equally valuable on a price per square footage basis.  In Silicon Valley, though, we frequently see tract neighborhoods of smaller houses, say 1000 to 1500 SF, in which additions have been made.  Sometimes it’s an unattractive “box on the top” over the garage. Other times it’s a tasteful expansion into the overly large front yard or the expansive side yard where perhaps drying lines used to be found.

Most of the time, the expansion will not be valued as highly as original square footage.  If it’s a very small addition, this may not be the case, particularly if this leaves the structure’s size still in line with the neighborhood.  But in general, the added living space will be valued by most home buyers (and appraisers) on a lesser scale.  If the addition was done without permits and finals, home buyers may still find it attractive, but appraisers will most likely count the value as zero.   One other factor has to do with the type of room that was constructed.  Bathrooms and kitchens are more expensive and therefore will be valued more heavily than bedrooms or family rooms or other space that does not involve plumbing or appliances.

How much less does the added square footage get counted?  It depends on many things, such as whether the house is now overbuilt for the neighborhood, the market conditions at the time, the quality of construction, etc.   Several times in my career I’ve seen homes which were added onto multiple times, such that it ends up feeling like a bit of a Winchester House.  At the other extreme, there are remodels which are so comprehensive that the whole house is nearly rebuilt.  In that case, there could be no discount for the addition at all.