How hard is it to sell a house in San Jose right now?

Right now, it is pretty easy to sell a house in San Jose. (That of course does not mean it’s easy to get top dollar.)  A great indicator is the median days, weeks or months to sell.  The local MLS to which I belong, MLSListings, can chart various statistics for us, including this one. So today I ran the figures for medians days to sell for San Jose going back five years.  The lower the number, the easier it is to sell; as you can see, right now, it’s at the lowest point in five years: good news for home owners who want to sell! 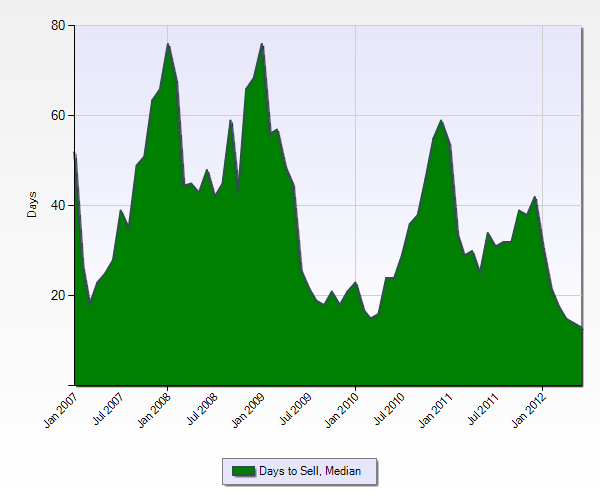 How do the numbers break down? Visually we can get a good overall sense of the trends, but having the actual data is helpful too.

The odds of selling a home are largely about supply and demand.  Right now inventory is low and demand is high.  The chances are good for success in selling this year if you do everything right (pre-sale preparation, hiring a good agent, marketing, etc.).