How is the Saratoga Real Estate Market?

As of this writing, the Saratoga real estate market is a mild seller’s market for both single family homes and for condominiums and townhouses (condos and townhomes comprise a small part of the overall market in Saratoga). November’s closed sales, quick facts:

The Saratoga real estate market is comprised of several “micro markets”, as the city itself has several school districts, homes that are close to downtown and homes that are in suburban neighborhoods and others which are in remote mountain locations, and of course a wide variety of home prices up into the luxury tier. Each of these will be a little different. Please take the general numbers with a big grain of salt! 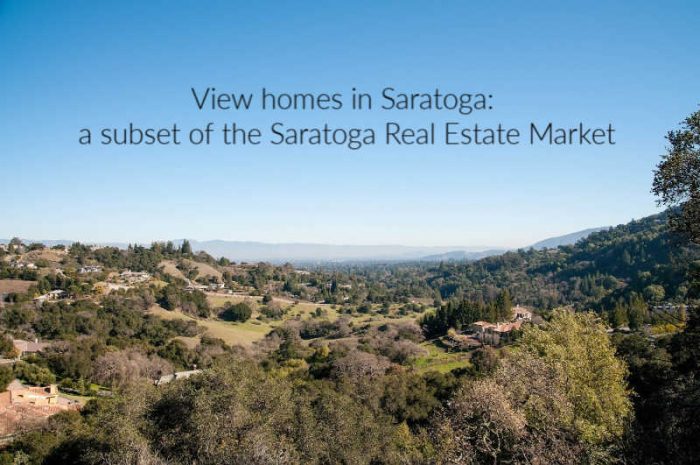 In terms of pricing, the lowest price points have been fairly flat while the most expensive properties have seen an increase in list prices. You can view that in the weekly Altos Research Report for Saratoga CA 95070.

Overall, though, as of this writing it is a slight seller’s market in Saratoga. Below, please find an Altos Research profile for Saratoga, CA 95070, using list prices (not sold data). This is automatically updated each week. 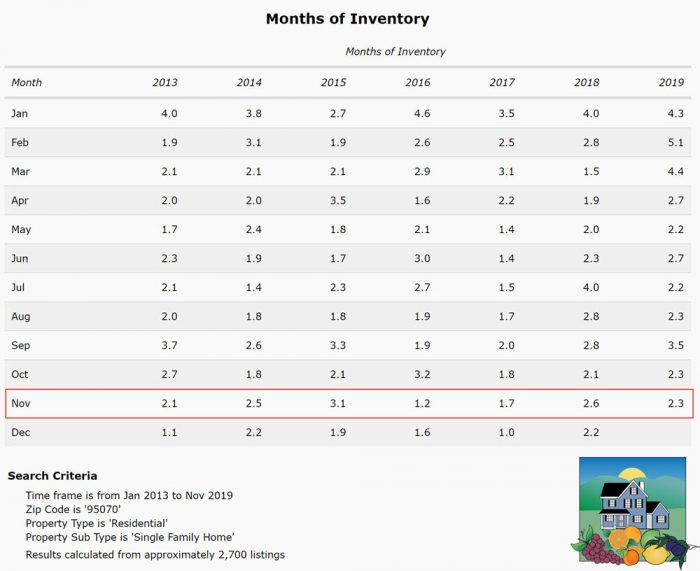 Below please find a multi year chart of the median sale price. The median price is the middle figure in which half the properties sold for more and half for less. (The average price could be lower or higher.) 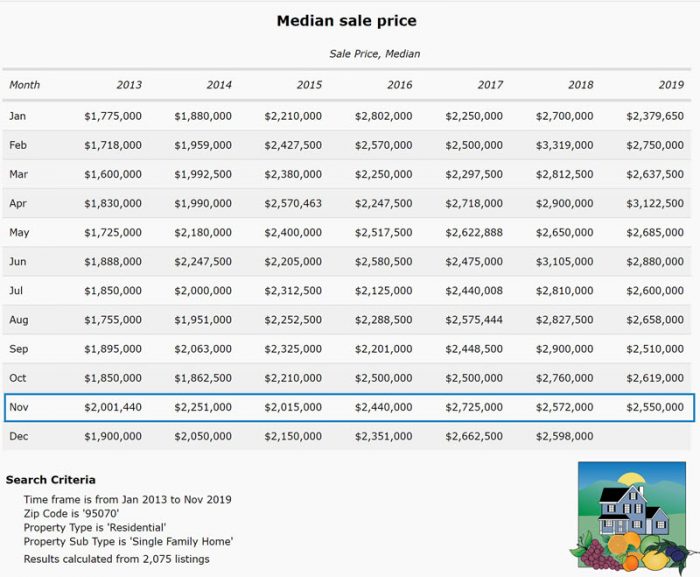 What IS  Selling in Saratoga, CA, right now?

Of the fifteen contingent and pending sales in Saratoga today, most list prices range between two and three million dollars.

Of these, 4 are contingent (some contingency in place) and 11 are pending (all contingencies removed).

There are 33 single family homes for sale which are not under contract. Of these, 16 are priced at or under $3 million, with an average list price of $2,293,059 for an average square footage of 2064 SF and a lot size of 31,737 SF. If that property were in the Westmonth High School area, it might be bigger than if it were in Saratoga High or Lynbrook area – these are just general numbers.

Are the luxury homes selling in Saratoga?

If you’d like information on buying or selling a home in Saratoga or anywhere in the west valley, please contact me for an appointment. I’ll be happy to provide you with market data specific to your wants and needs.

RE Report for Saratoga CA