How Much will the Seller Come Down on Price? 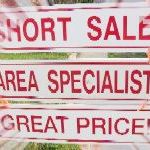 Home sellers want to get as much as possible for their homes. Home buyers want to get their homes for the least amount possible.  “Market value” is when buyers and sellers agree – even if one of them is a little reluctant. This is true universally, whether you’re in the market in San Jose, Saratoga, Los Gatos or anywhere in Silicon Valley (and just as true elsewhere in California or elsewhere in the world).

Real estate agents don’t control the value of the home. However, good agents can maximize the potential of the market. Homes are never worth just one set price. There’s usually a range within which terms (or conditions) can move the value up or down. It’s “price and terms”.

For instance, let’s say you have an upscale home that’s worth about 1.5 million, more or less. If an offer were to come in contingent upon the sale of another home, in a normal or balanced market, the seller would probably want more than the 1.5 because of the uncertainty. Perhaps that home would sell, if contingent, for 1.6 million (only for illustration). On the other hand, if an all-cash buyer showed up, could close in 5 days (I have seen it happen) and allowed a free rentback for a month, the home might sell for closer to 1.4 million – if the seller really needed a fast close to prevent foreclosure or to secure the deal on another home. It’s always about price and terms.

Want a good deal on price? Sweeten the terms.

For sellers, you could offer terms such as carrying back part of the loan. Some new home sellers, builders, are throwing in incentives like boats with waterfront homes. Now that’s a sweet term! Another “seller term” could be lease-to-own (see a real estate attorney before doing the lease to own, though).

For buyers, the most common “sweet term” is as-is. Other terms could be a fast close and  free rentback. With elderly sellers, often the offer to leave any debris behind is met with enthusiasm. (It’s the cans of paint, the pile of lumber, the junk in the top of the garage that they just don’t have the energy to deal with.)

But back to the original question: how much will the seller come down?

Usually not as much as the buyer wants!

Most of the time, homes sell within 3% of list price, and with highly desired homes, sometimes more than list price. Sometimes a home will sell 5% off list price. Rarely will a home sell 10% under list. A good agent working with the seller will not take 10% under, but would instead do a price reduction of 5% to see if the home wouldn’t sell closer to the 5% “off” instead of the 10% off. In my experience, it is only very poor agents whose listings sell at 10% off or more.

With my buyers, I encourage them not to look at homes priced over what they can actually afford. If they simply must look a little higher on the hope that the sellers will come down, my suggestion is to top it at 5% over except in extreme circumstances. Some buyers simply believe that they can deeply discount the seller, so look higher still. In my experience, it is unrealistic to look more than 10% higher than what you can really afford.  And it’s frustrating for both the buyer and the agent too. The buyer will keep wanting that out-of-range-house, and everyone will be wasting time.

Recent Los Gatos and Saratoga Sold Homes between 1.4 and 1.6 million:

As an example, late in 2007 I ran all the single family homes sold in Los Gatos and Saratoga with a list price of 1,400,000 to 1,600,000 since July 1st of that year (this would be a somewhat typical “move up home”). There were 39 such single family homes (in all school districts) that have closed over the 6 month period from mid-2007 to the end of the year which were listed in that price range.

The average list price was $1,522,660 and the average sales price was $1,544,810.  The home with the biggest drop in price was for $98,000 off. But there were several homes that sold by a margin higher than that amount! The biggest bid up was for $140,000 more than list! So 10% either way is about the top amount of “swing” in pricing you might see. Overall, the trend is to sell close to list price. This is usually true no matter what kind of market we are experiencing (some exceptions of course).

To summarize, then, the range in which a home might sell with its current list price seems bracketed by about 10% either way. Sellers, even if you are lucky enough to get multiple offers, do not expect your home to go higher than 10% over list price. Buyers, even with a long amount of time on the market, do not expect homes to sell more than 10% under list price – they might, on rare occassion, but this is a very small portion of the sales in which this happens.The market is always changing, so this may not be true to the penny in 6 months. But it is the current market situation. When buyers and sellers are both realistic about the market, it is far easier and less stressful to buy and sell homes.