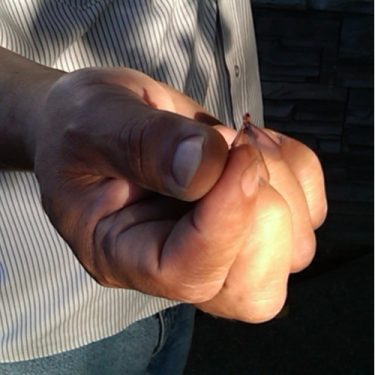 If you live in Santa Clara County, once known as The Valley of Hearts Delight, you no doubt appreciate our mild, sub-tropical climate. Unfortunately, so do the termites. With that in mind, the question often arises about how often to get a termite inspection.

Types of termites in Silicon Valley and nearby

We have two main types of termites here (and other wood-destroying pests too), drywood termites and subterranean termites.

The subterranean termites, or subs as they are called, can be identified by the mud tubes they build from the ground or floor up the side of a wall. As their name implies, they live underground, and build the tubes as they go. Pest Control operators will remove the tubes and treat the area, injecting chemicals underground at spaced intervals, to exterminate them. See my post on identifying subs here.

Drywood termites, or drywoods, may live anywhere in the the home where there’s wood to eat. If they are found only in one or two areas, a licensed pest control company may do a local treatment. The difficulty with local treatments is that drywood termites may also be lurking in places that cannot be seen, such as between the walls. For that reason, the standard recommendation is to fumigate (also called to tent or to fume) the structure.

If you live in the Santa Cruz Mountains, or close to them, you may also have dampwood termites to contend with. I have seen them in Los Gatos, Cambrian, and Almaden.

Perhaps the biggest problem with termites here in Silicon Valley, or most of California for that matter, is that they come back. A home may be tented and treated and issued a Section One Clearance (no active infestation of wood destroying pests or organisms), but there’s no way to really keep the termites from coming back. Fumigation doesn’t keep them out – it just kills the ones that were already there the day the tent went on. 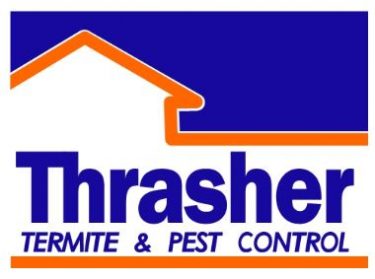 So how often should a homeowner have a pest control company come out and inspect for termites and other pests? Back in 2007, when I first wrote this post, I interviewed Janet Thrasher of Thrasher Termite and Pest Control for my Live in Los Gatos blog, asking her How Often Should You Get a Termite or Pest Inspection? She said that every 2-3 years is about right, and reminded me that a good termite inspection will include areas where most homeowners don’t go and might not notice pests, such as in the crawl space and the attic.

Janet and I also discussed Choosing a Termite and Pest Company. She had some great advice about that subject which you can read on my Live in Los Gatos blog. I would add this: there are some large, national pest control companies that do NOT go into the crawl space, so I do not hire them and would not recommend them to do this inspection! Ask when you phone the termite companies whether this is standard or not. In some areas, they’ll do the crawl space but will charge extra – in San Jose, that would be a ripoff! So make sure you are getting the full inspection. In some homes, it may not be possible for the inspector to access the crawl space because it is too small, ductwork is in the way, or moisture under the house makes it unsafe to enter. On the other end, some homes have so much insulation in the attic that the inspector cannot safely inspect their either. But those are rare exceptions and generally these areas are able to be inspected.

Most pest or termite reports are separated reports, which means they separate the findings into a couple of different categories: section 1, section 2, unknown further inspection, and information item.

Section 1 means that there’s an active infestation. This signifies that termites, fungus, boring beetles, dry rot, and/or other pests or organisms are actively eating and destroying the structure. During the purchase of a house, condo, townhome, sellers frequently pay to have the section 1 work done.

Section 2 means there’s a situation that is going to cause an active infestation if you don’t do something about it. This might include cellulose debris, such as wood chips (find out what cellulose debris means here), under the house or water near or touching wood (will invite dry rot and fungus). These are issues that should be dealt with. In a home sale, though, sellers usually do not pay to have section 2 work done.

An unknown further inspection means that there’s a hint that something might be amiss but, to really see whats going on, the owner would need to authorize the pest company to do more extensive examination. Now what does that mean? Lets say the floor in the bathroom has a little stain near the tub or toilet. It might be nothing, or it might mean that there’s been a water leak and the floor is not just discolored, but actively infested with dry rot, for instance. To understand the real state of the floor, the owner would have to request the pest company to remove the vinyl flooring and check the condition underneath. In some cases, pest control operators freely use the “unknown further inspection” category simply to cover themselves, but the better companies will not overuse this classification of what they’ve found.

Information items are simply that – items that the pest inspector noted that should be of interest to the homeowner, even if not relevant to a pest inspection.

If it’s been awhile since you’ve had an inspection done, I would suggest doing it soon, especially while the weather is good (rainy days are not ideal for doing a termite inspection). There are many fine, reputable companies in Santa Clara County, but there are also a few which have a terrible reputation among Realtors and other pest operators. You don’t pay more for a good inspection, but it can cost you in the future to have a poor inspection. (By the way, beware the free inspection as those folks often don’t do the crawl space and are paid to find things to do in your home.) My preferred company is Thrasher Termite & Pest Control in Los Gatos (contact: 408 354-9944 or email info@thrashertermite.com). I have worked with them for 15 years, and they treat my house regularly, too. There are other good companies I trust my clients with. If you’d like a longer list of reputable San Jose area termite companies, please call or email me and I will give you a list of ones which I would trust.