How Old Are Homes in San Jose & Silicon Valley? 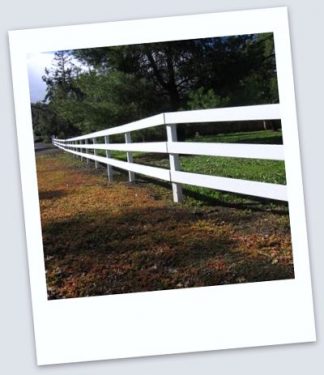 Many newcomers to the San Jose & Silicon Valley areas want to buy new homes (or newer ones).  Santa Clara County, though, had a big “building boom” after World War II ranging from the 1940s through the 70s.  At the end of the building frenzy, most of the land was taken.  More importantly, most of the really good land was built up.

How old is the “average” San Jose home for sale?  Probably about 45 – 50 years old, on average.  Depending on where you’re looking, precisely, the homes could be younger or older on average.

There are some nice communities of new and younger homes in Silicon Valley, but there aren’t a lot of them.  Most of the new home communities have houses on small lots.  Some are near high voltage power lines (homes on Taft in San Jose’s Cambrian Park area) or next to freeways (Summerhill development off Samaritan Drive in San Jose).

It’s easier to find newer homes in Morgan Hill, Evergreen, Milpitas, and areas that held onto agriculture longer. Pockets of newer homes exist throughout the valley, and some of them are on good land (such as the Willows neighborhood of Willow Glen or the Almaden Winery area in Cambrian/Almaden). There’s a beautiful subdivision of luxury homes in Saratoga where the homes enjoy gracious, large lots.  That land used to belong to an order of Catholic sisters (Notre Dame de Namur).  Good land!  Much of the other good land was either horse property, orchards, or vineyards until somewhat recently. Small pockets of that remain, including the “North 40” in Los Gatos – which I understand has been sold and is soon to be developed.

Several parts of our South Bay community have roots that go back into the 1800s or earlier: downtown San Jose, old Santa Clara, Willow Glen, Mountain View, Los Gatos, Campbell, Saratoga, Alum Rock Park… many of these neighborhoods have Victorian era houses.  Japantown, in San Jose’s downtown area, has some beautiful Spanish style homes dating from the 1920s. (There are only a few of original adobe houses left that date to the late 1700s.)

Don’t rely too much on the age listed in the mls!

One thing to be aware of is that some homes that are said to be 60 or 80 years old may have been virtually rebuilt and “like new”.  Sometimes the MLS will show the older number but only reveal the drastic remodel in the comments. So if you’re looking for a younger home, don’t just search by the age listed in the MLS – it may not be a true representation of the home’s condition!