Is A Silicon Valley Short Sale For You? 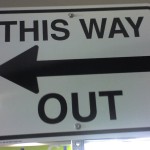 Yesterday I met with some seller prospects – actually, I consider them clients since I’ve been assisting them, updating them, and giving them staging advice for about six months now. Their Blossom Valley home has been sliding in value and I have been concerned about the situation and trying to get them on the market sooner rather than later since they do want to sell.  A couple of months ago, I told one of them that they’d now have to bring money to closing; I asked if they knew this and if they planned to do it. “I think we’ll be OK” I was told.

But now it’s the middle of March and prices have slid about 10% over the six months we have been chatting about their home sale. They’d told me that they were ready to list so I had spent hours getting comps and stats and trends pulled together as well as the listing paperwork. But I knew the issue of “bringing cash to closing” was the major hurdle.

So that’s where we started. One of them was clear that this was an issue, but one appeared surprised. Before I said the amount, I heard “well we might be a short sale”.

“A short sale?” I was just surprised to hear that idea even floated.

Both of them are very gainfully employed. They want to move, but I don’t see a “have to move” situation. It was clear to me that the short sale concept was not well understood, nor the punishment it brings appreciated.

I guess it sounded like an easy answer. After all, wasn’t everyone else doing it?

Let me briefly explain what a short sale is and isn’t:

I explained to these nice folks that it didn’t appear that they would qualify for a short sale (no hardship, no inability to pay the loan etc.).

What options exist for Silicon Valley folks who want to move but have no equity?

Here are a few thoughts:

I don’t think anyone now doubts that we are in a recession which is fueled by the housing crisis. For every person who just “walks away” from a house, that’s the recession deepening for everyone. I’m not going to encourage it – it worsens the economy and trashes the borrower’s credit.

Rents are increasing with this crisis. So my suggestion: rent out your house and move on if you can.  Talk to the nonprofit credit counseling agencies. Give it a few years, Then call me when you’re ahead of the market and we’ll sell it for you. Or keep it until you have kids going to college and you can then use it to pay tuition.

Eventually, the market will improve. You don’t have to sell when it’s at a low point.

Thanks for reading this article – I hope you find this Silicon Valley real estate blog to be of help to you!

Please see also these related posts:
Underwater & Considering a Short Sale or Loan Modification?
What is a “Kick Out” Clause?
How Long Does it Take to Buy a Silicon Valley Home?
Short Sales in the West Valley Areas of Almaden, Los Gatos, Saratoga, Campbell, and Nearby
Real Estate Inventory & Sales in Silicon Valley’s “West Valley” Areas of Los Gatos, Saratoga, Campbell and Cambrian Park
Interested in Buying a Los Gatos Short Sale?
All posts relating to “short sales” on this blog for real estate in Silicon Valley