Is your electrical panel safe? 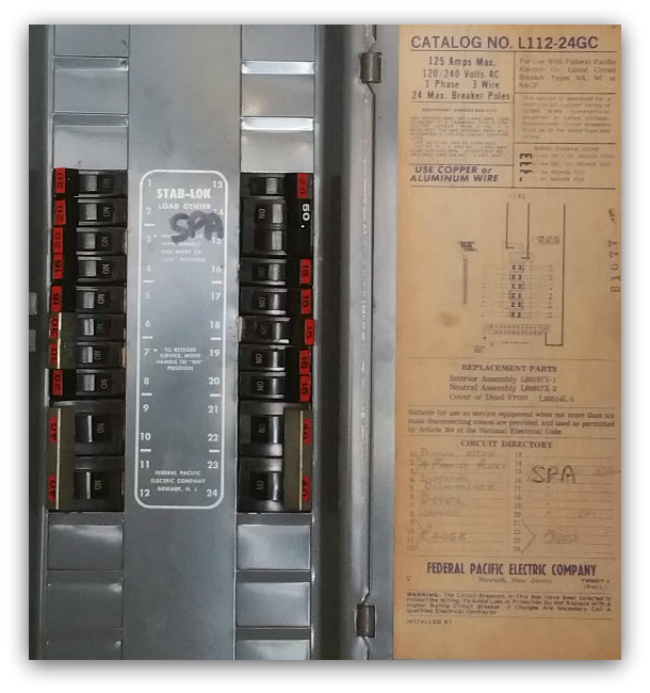 Sometimes things seem to come in waves, and awhile back the waves that found me seemed to all be about unsafe electrical panels in homes which are either risky or potentially risky.  I read a home inspection report for a house with a Federal Pacific Electric Company (FPE) panel that encouraged home owners to replace that type because of the risk of fire.  Then I met with a potential seller client who was aware of a fire on his block due to a panel failure and was experiencing issues with his Zinsco electrical panel which seemed dangerous. Having two of these red flags thrown down at once did get my attention.

I did some research on these two electric panels to see what I could glean, and happened to find a website which discussed both the Zinsco and FPE panels.  This site includes photos of what happens if an electrical panel fails. I found it exceedingly helpful, and think it’s worth sharing widely.

Is my panel safe – FPE

Is my panel safe – Zinsco

For safety’s sake, please go check the type of electrical panel you have, and sub panel too, if there is one. DO NOT attempt to pull off the dead front (the part which is gray in the image to the right) – only a licensed, qualified electrician should do that.

All of that said, SOME home inspectors will flag that there’s a FPE or Zinsco panel at the property, but will not directly say that it should be removed, but will instead suggest that sellers or buyers contact a licensed electrician about it.  Most home inspectors, though, now go farther and do recommend changing these out. Some won’t comment at all, though, so it helps to be an informed consumer.

One more area to investigate is Sylvania or GTE-Sylvania panels. Some of them are designed similarly to Zinsco, and may consequently have the same risks. Not all of them, though, are in this category. A licensed electrician will need to inspect and inform you on this issue.

If you have an older panel, or Federal Pacific Electric Company or Zinsco panel, you may want to investigate replacing it.   Please do some research on this topic if you have one of these panels in your home, especially. It may not be universally believed that they should be replaced but this is something to check out, at the very least, if you have one of these in your home.  Buying a home?  Ask your property inspector about the reputation of the panel.  Sometimes home inspectors won’t mention it one way or the other unless they see symptoms of overheating or something similar. Perhaps it’s fine now, but should be on your list of things to replace over time for an added measure of peace of mind.