Let’s list high, we can always come down later 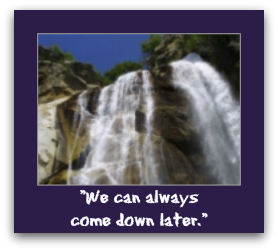 Many home sellers fear parting with their property for less than its highest potential, so look at pricing with the idea that they should start a little high so that either there’s “negotiating room” or so that they can bring it down later if it doesn’t sell.  The thinking is that waiting won’t hurt their ultimate sales price.

What does happen is that there won’t be a “room to negotiate” issue if the house is overpriced because there won’t be any offers at all.  If it’s really, really high, there won’t be many showings, either.   There are many studies demonstrating that homes listed or offered at a too-high price languish on the market and eventually need to be reduced very significantly to get it sold at all, with the eventual sales price below what would have been an attainable probable buyer’s value (or sales price) had it come onto the MLS with realistic pricing.

In other words, testing the market with the risky practice of overpricing  is usually counter-productive to the home seller’s goal of selling the home for the highest price possible.

Related Reading:
Five Things NOT To Do When Pricing Your Silicon Valley Home to Sell

PS: On a related note, starting off on the wrong foot with other important elements such as poor staging or lack of easy access to the property, hoping that you can “change it later” will also damage the eventual sales price.  We see this with homes that have no lock box, for instance, and are especially hard for buyers and their agents to see.  If the first 2-3 weeks are difficult for them to get in, they may skip it entirely later because they are unlikely to view the full MLS printout again and notice any big changes such as improved access.  Similarly, putting your home on the market with horrible wallpaper (buyers think that most wallpaper is horrible unless they picked it out) will cost you far more in the final sales price than it would have cost to remove it and paint instead in nearly all cases.

In all of these areas, it’s supremely important to  get it right going out of the gate!