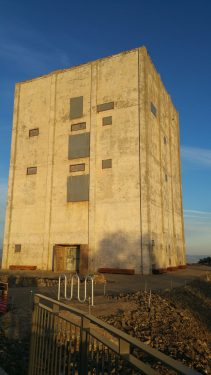 Mount Umunhum sits high on the Santa Cruz Mountain range, and from there you can enjoy spectacular views. Looking inland, there are vistas of San Jose & most of Santa Clara County, on a clear day even as far north as San Francisco from Mt. Umunhum. Turning toward the Pacific Ocean, from Mount Umunhum’s heights you can see Santa Cruz and Monterey on a fogless day.

The park is open from a 7 a.m. to about a half hour after sunset (but the gate closes at sunset) per the Sierra Azul Open Space website. The parking lot is not big (just 60 spaces) and it can fill up early on weekends.

It may be warm on the valley floor, but the weather can be quite different, windy and cold, at the summit. Bring layers!

Also, the road up there weaves and winds. If anyone in your party gets motion sickness, you may want that person in the front seat or driving if possible.

The main entrance to the park is at the end of Mt. Umunhum Road, approximately 5.3 miles from the intersection with Hicks Road. There are other places to access the park. You can find all of them on the park’s website under Know Before You Go.

My family and I visited Mount Umunhum on a cold and windy November day in 2017. The views were breath-taking. 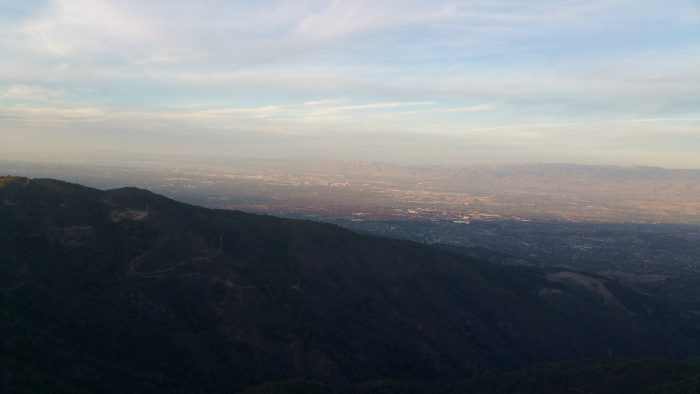 For those not able to visit in person, the video below provides information on the work that’s gone into making it available to all of us.

Historic commentary leading up to the opening of this park follows:

The San Jose Mercury News reported awhile back that progress is being made on the toxic cleanup of the former military base, and that we’re on track to have a usable park three years from now. It’s good to know that restoration of a healthy environment for people and wildlife is underway.

As I recall, another issue (not addressed in this news piece or on the Mid Peninsula Open Space Preserve page where the video was found) involves access and roads to the site itself. The roads leading to Mt. Umunhum are private, and the neighbors adjoining the roads didn’t want them to become public. A look else where on the Mid Peninsula Open Space Preserve site discusses the restricted access and private road issue. However it does not say how this will be resolved when the toxic cleanup is done.

Real progress is being made on the development! The Bald Mountain parking area is now open to the public. The groundbreaking for this site was in April of this year and was completed and made accessible by November. This lot currently serves the Bald Mountain trails, and will serve the Mount Umunhum trail and facilities when they open (expected in spring 2017).

To keep up with developments on Mount Umunhum see the page on the Open Space website.

The summit is still closed to public access, but there’s plenty of good news coming our way about the site planning. First off, the expected opening of the summit has been moved to October of this year, according to an article in the Mercury News. Two seasons earlier than anticipated! This might not be an accurate report, however, since the project website still anticipates the delayed opening in the spring or summer of 2017. Keep an eye out for updates as they come.

What to expect when you get there? In alignment with popular support the tower has been designated as being of historic importance this May by the Santa Clara County. By early June the MidPeninsula Regional Open Space District confirmed that the structure will not be demolished.

Constructed by the military during the cold war, this cube is built to last, but needs plenty of work before it’s open for business. The Open Space Preserve will keep the area safe for visitors, but don’t expect to get a peek inside. Full restoration can only be accomplished with the help of organizations such as the Umunhum Conservancy, a non-profit solely dedicated to the preservation and restoration of the radar tower. It is currently seeking donations for the cost of restoration.

Other than this landmark, the rest of the area is still planned to be restored to a native habitat with regular park trails and access roads. Those in charge hope that the final project will celebrate the natural beauty of the area and honor the summit’s cultural and spiritual significance to the Amah Mutsun tribe.

Can’t wait? The Umunhum project website has released a detailed pamphlet with information on the area including a map depicting the future summit plans. Read it in PDF form or as an e-booklet!