Glencrest Patio Homes in the Williams area of Almaden Valley 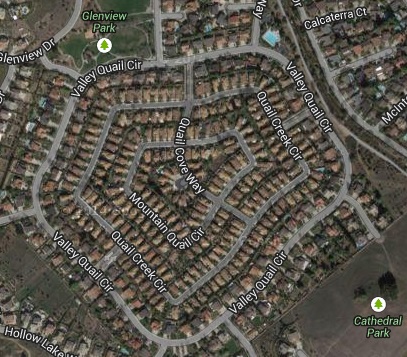 The popular Glencrest neighborhood in Almaden includes both the Glencrest patio homes as well as larger houses on regular lots and streets.

This corner of Almaden is located at the end of Serenity Way near Glenview Park and Cathedral Park in the Williams area. The Glencrest patio homes area is shaped like a pentagram (a five sided object) so is easy to spot on the map.

The community enjoys a shared pool. The outside ring of homes are single family houses on large, normal lots of about 10,000 to 13,000 square feet (on Valley Quail Circle, Hollow Lake).

The more modest patio or zero lot line properties are found on the inside streets and have about 6,000 SF lots – the streets are Quail Creek Circle, Mountain Quail Circle, and Quail Cove Way.

The Glencrest homes were built by Shapell, a company which is known for a very high quality. Most were built in 1987 or 1988.

The big draws for these homes are as follows:

As you enter the interior part of the neighborhood, a small sign has some important information for anyone in a vehicle:

END_OF_DOCUMENT_TOKEN_TO_BE_REPLACED 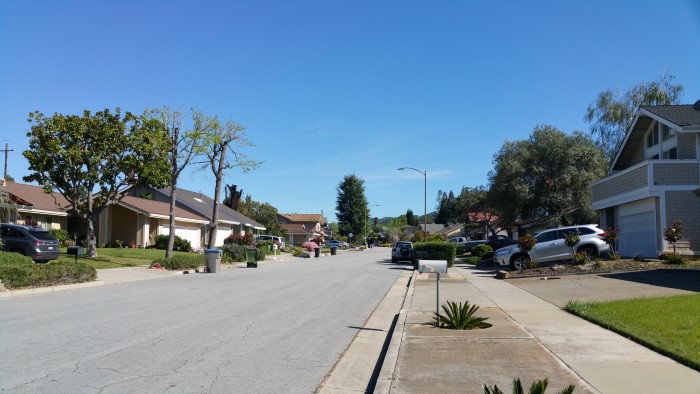 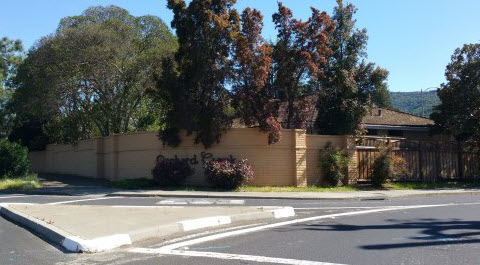 A pretty neighborhood with Almaden Valley’s best schools, Orchard Creek includes 179 comfortably sized single family homes on good sized lots. Many have been updated or remodeled over the years, and some expanded.

The neighborhood has gently winding streets and is generally very well kept up.

Where is Orchard Creek?

The Orchard Creek neighborhood is in San Jose, 95120, in the scenic Almaden Valley. It is located between Calcaterra Creek to the west and Almaden Expressway to the east, a little north of the split between Almaden Expressway and Almaden Road. It sits adjacent to the Glencrest area to the west, Cathedral Oaks Park on the southwest, Almaden Springs to the south, and the expressway to the east. 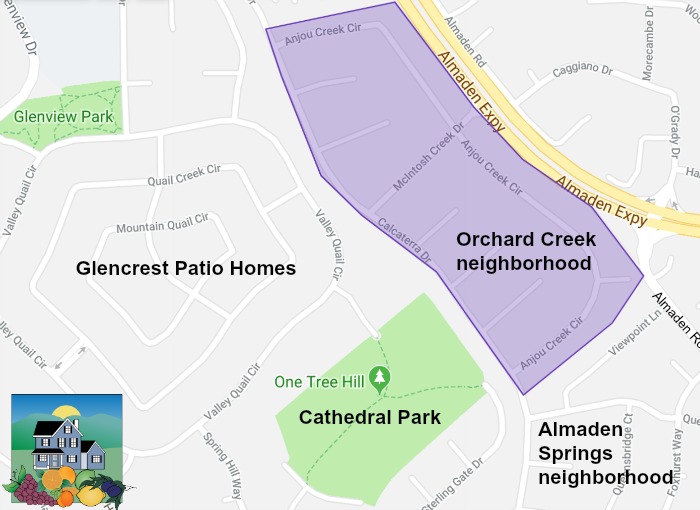 END_OF_DOCUMENT_TOKEN_TO_BE_REPLACED

How is the Williams Elementary School area of San Jose’s Almaden Valley 95120 doing in terms of the real estate market? Today we’ll look at the Williams area as compared to Almaden as a whole to see. First, the basic realty trends and stats for this nice section of Silicon Valley side by side for this year only (I pulled and crunched all of this data from MLSListings.com myself tonight, “deemed reliable but not guaranteed”):

While there is some fluctuation from one status to the next, at the end of the day there’s one number that matters the most, and that’s what actually sold and closed.  In the Williams area, homes have sold at an average of $418 per square foot while in Almaden generally (including this area), the price is $399 per square foot – about 5% less. This is tremendously important to understand if you are trying to purchase a home in the Williams area – homes there do, in fact, sell for more than in most parts (perhaps all parts) of the Almaden Valley.