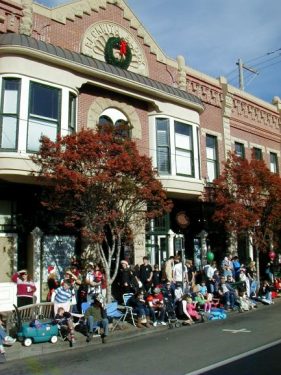 A common buyer question right now is whether or not the real estate market in Silicon Valley is overheated, if we are experiencing “another bubble”.  If you visit open houses in places like Sunnyvale, Cupertino, and in many parts of the Peninsula, you may see droves of buyers and be convinced that the market is, in fact, overheated.

Silicon Valley encompasses a large area, primarily Santa Clara County and some of San Mateo County, but a few sections of neighboring counties as well. Generalizing about huge regions is tricky.  Overall, though, it is a deep seller’s market throughout Silicon Valley.  But there is a great deal of variation from one city or town to the next, as well as between ages of homes, quality of schools and neighborhoods, and price point.   Today we will focus primarily on a couple of statistics: the ratio of sales price to list price for houses in San Mateo and Santa Clara Counties, and ratio of new listings to sold and closed ones of houses in these counties.

First, though, a look at the two counties combined to show the broadest common real estate trends for Silicon Valley in relation to the sales price to list price ratio and “days to sell”.

The chart above gives a snapshot of the Silicon Valley market, which appears to have had a peak in about October – November 2012. likely reflecting sales 45-60 days earlier, when the days to sell hit a yearlong low.  Since that time, though, things appear to have calmed down.

A few days ago, before getting the stats for closed sales in January 2013, I wrote about the trends for new listings of houses in relation to the closed sales in Santa Clara County in late fall 2012.  What we were seeing was that homes in escrow were closing or finalizing the sales faster than new inventory was coming on the market.  The closings in January, though,reflecting sales which began in December, a trend reversal, back to a more normal ratio, in both Santa Clara County and San Mateo County.  December is often the softest month of the year, with few listings relative to the rest of the year and sales at lower price points.  Looks like this December followed that pattern to a point.  Have a look at the charts for both counties and notice the trend reversal, below.