Where to go to drop off the approved items?

What to Bring, what’s accepted:

GreenMouse Recycling shreds and Grey Bears reconfigures all hard drives so no one can access your personal information! 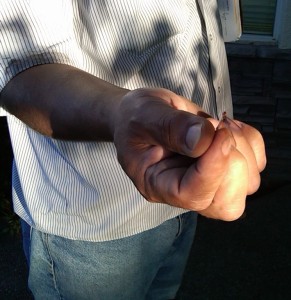 I’ve been selling real estate since 1993, full time, in Silicon Valley. Until recently I had never seen dampwood termites in this area, but a few months ago I caught sight of  a dead one at the Almaden Winery neighborhood (on the Cambrian and Almaden border) when our pest inspector, Miguel Torres from Thrasher Termite, noticed it and gave me an education on them.  Luckily there were no live dampwood termites to be found! I thought it was a weird fluke.

Fast forward a few months, and  again this week I saw first the much smaller,  immature dampwood termites (so I didn’t recognize them, but suspected that they were termites of some kind as they were coming out of rotting wood) and a few days later saw the large and now mature dampwood termites swarming in the same location in Belgatos Park, Los Gatos, close to where my family and I live. Initially I thought they were strange moths as there was a lot of flapping motion, but on closer look I could see that they were indeed termites and they were big!!! END_OF_DOCUMENT_TOKEN_TO_BE_REPLACED

Santa Cruz is just 30-60 minutes “over the hill” but in many ways is an entirely different world than Silicon Valley.  I spent a lot of time there while growing up in Santa Clara and Saratoga, mostly because my grandparents lived in Pasatiempo (a lovely neighborhood centered on a golf course) in Santa Cruz and later in retirement communities nearby.  Jim and I lived in Santa Cruz ourselves for three years when we were newly married.  [I taught first at Marello Prep in Santa Cruz (now closed) and later at Notre Dame High School in Salinas while living at the coast, in life before real estate.]

We have a lot of wonderful memories & experience with the Santa Cruz – Capitola – Aptos – Soquel area.  Today I wanted to share a few general tips and food tips for those who may be new to this part of California and spending some time by the coast.