Parents of Silicon Valley College Students: Should You Buy a Condo or House, or Utilize Dorms & Campus Housing? 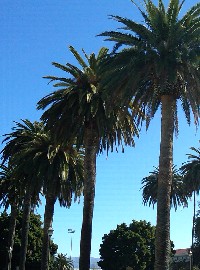 Most of the smaller schools do not offer student housing while the larger ones typically do – though it may not be guaranteed for all four years.

This is a question I’ve pondered myself since my husband and I have 2 kids who are in college, and recently our daughter transferred from the school where she spent the first 1.5 years to the one where her brother attends, Loyola Marymount University in the Westchester area of Los Angeles.  With two kids at LMU, the thought crossed my mind more than once that it might be a good idea to buy a place for them, particularly since this school is in a great area (as are both SCU and Stanford – San Jose State not so much).

I’ve been surprised to learn that the cost of dorm living (shared room plus meal plan) doesn’t vary as much as I expected from region to region around the US: it seems to run between $8500 to $17,000 for a basic dorm room which is shared, bath down the hall and a meal plan at the cafeteria.

This ratio is not nearly so close when you compare the cost of purchasing residential real estate!  The San Francisco Bay Area is extremely pricey by national standards.  It is therefore not surprising that on campus housing is on the more expensive end of the scale. But what about buying a condo nearby?  It’s a lot more here than in most parts of the country – often far more than twice as much.

This morning I ran the numbers near SCU – an area I know well as I grew up on Circle Drive in Santa Clara (for about 10 years), which is just a few blocks off that scenic campus.   A 2 bed, 2 bath condo within a half mile or mile of the SCU campus has been selling for anywhere between about $350,000 to $435,000 and will have a HOA bill of $250 to $375 per month. The numbers will be more near Stanford and less near San Jose State. You might be able to rent the spare bedroom for $700 per month and would be competing with a very young, hip new and luxurious apartment complex which is immediately adjacent to SCU called Domicilio (link to floor plans).  I’m seeing shared apartments on Craigslist there offered at $850 per month.  It’s new, it’s convenient and there are wonderful amenities like a workout room.

High as these numbers are, we haven’t even touched on the closing costs – the costs of buying (often about 2%) and selling (often about 7%, sometimes more). Prices right now are fairly flat, and are pretty much expected to stay that way for the near future, so we can’t bank on appreciation making this a good investment for the short term.  Real estate normally is a good investment if it’s bought and held, not bought and sold in a short period of time.

A further complication with condominium and townhouse sales is that some complexes have a high rate of default on the home owner association dues.  The other owners ultimately pay the penalty for this as properties go into default but the need for the reserve account, repairs etc. remains.  If it’s really extreme, it can impact resale value too.

What about houses?  Homes in the lovely area where I lived as a child (College, Alviso, Camino, Circle, Hilmar) are even more staggering, with prices ranging from anywhere in the 600s (needing work, further out) to almost $900,000 depending on size and location. It’s a fantastic neighborhood with easy access to SCU, about a mile or less to the freeway and just about 3 miles to downtown San Jose.  These prices don’t make it easy to purchase for a student’s college career, though.

The math does not make a good case for buying a residence here for four years alone. If you would like to purchase a condominium, townhome or house to “buy and hold” for the long term, the numbers could shake out quite differently (particularly if you were fortunate enough to get a distressed property at a great price).  Should your son or daughter plan on doing graduate work at the same university or hope to remain in the area after graduation, eventually hoping to buy you out, this might make more sense.

For us, it’s about the same – home prices in the area close to LMU are not much different from the neighborhood where I grew up in Santa Clara.  The numbers don’t work because home prices are so high.  Numbers aside, though, after a little consideration we realized that our kids were better off on campus there for other reasons too.

There’s a lot of benefit to most students in living “on campus”.  Friendships are made, often lifelong.  Kids learn to share and work around each other’s needs – and have a chance to mature that may not occur if they are on their own and away from the rest of their classmates.  The convenience of living on campus can be huge, as well.  College students don’t normally rave about cafeteria food, so one urge to move out of dorms comes from the desire to escape institutionalized meals.  Many campuses do offer apartments for upper classmen, though, and I suspect that a main reason they appreciate it so much is because they endured the long lines, mystery meat and redundancy that seems to continue on as a college tradition at most universities. (It is better now but we have family and friends at a number of universities here and around the country and I don’t think that university food has yet redeemed itself.