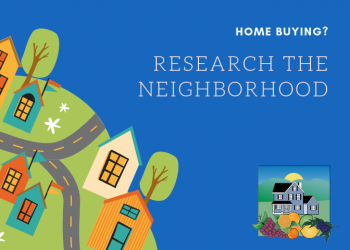 Is this the year you want to buy a home in Silicon Valley? There’s more to think about than what you can afford and how much home you can get for your budget. It is imperative that you research the neighborhood before taking the plunge. More times than I can count, I’ve heard home owners tell me that they walked into an open house, fell in love with the property, and bought it as soon as they could.  That is really not ideal, but we know that home buyers sometimes make decisions emotionally, and then rationalize the purchase.

In addition to studying the disclosure packet – including the HOA docs, if there are any – it’s also important to research the neighborhood, since that is the one thing you cannot change after you have completed the purchase.

The disclosure package will include (99% of the time) seller’s  completed disclosure forms, generic state and county advisories and disclosures, a natural hazard report, an environmental hazard report, buyer and seller “agent visual inspection disclosure” forms (AVIDs), real estate brokerage advisories and disclosures, a preliminary title report (often with CCRs – covenants, codes, and restrictions). Even without HOA documents, the stack can be several hundred pages long. What else could you possibly need to know?

The onus is on the home buyer to research the property and anything else impacting value or desirability – objectively, or to that buyer particularly.  That should include, as a top priority, the neighborhood. You might include these items in your study of the area:

Got more ideas for neighborhood research that I’ve missed? I’ve had to turn off comments due to overwhelming spam (1,000 spam to 1 real comment), but shoot me an email and I’ll update this piece if I agree that it’s a good tip.