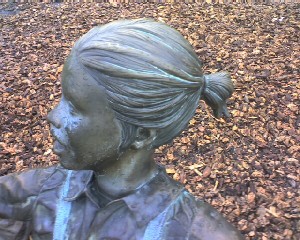 Last April, US News named San Jose as one of the top ten places in America for kids to grow up. The article cites the good weather, abundance of parks (including skateboarding parks), major sports franchises, and the Children’s Discovery Museum as reasons why San Jose made the grade. The article generally mentioned the importance, on this list, of low crime too.

It’s a great piece but being so very brief, misses much of what makes San Jose and the south bay (particularly Santa Clara County, Silicon Valley), such a great place for children.

Something to understand about our area is that things don’t start and stop at any of the city limits. One of the plusses of the sprawl is that we have a lot of regional features.  Great America Theme Park, with all its roller coasters, shows, water fun and more, is actually in Santa Clara. But Santa Clara touches and is only a few minutes from San Jose.  Folks in Santa Clara may be just as rabidly fans of the San Jose Sharks as anyone who actually lives in San Jose proper. Ditto that in Los Gatos, Campbell, or anywhere  in the south bay area.

Like water? San Jose touches the southernmost part of the San Francisco Bay (at Alviso, once a separate town but now part of SJ).  Santa Cruz is just 30-45 minutes away and it offers the beach, the Santa Cruz Boardwalk (amusement park) and tons more.  Kids here can learn lifesaving, rowing (crew at Lexington reservoir), sailing (kid lessons at Vasona Lake County Park), and windsurfing (Lake Almaden and other places too).  There’s a waterpark in the Evergreen district too, just in case the lakes, reservoirs, and bays aren’t enough.

Looking for “winter sports”?  – the Bay area is only a few hours from cross country and downhill skiing. Ice skating can happen year round, thanks to indoor rinks plus seasonally available outdoors skating in downtown San Jose.

Much more could be said about the area, such as the availability of horses (a surprise to many but stables and lessons can be found in San Jose, Los Gatos, Saratoga, Los Altos, Palo Alto and more areas), the rich cultural diversity, the availability of community sports such as soccer, the overall friendly atmosphere, and much more.   For those of us who live here, or who have raised kids here, it’s no surprise that San Jose made the short list of best places for children to grow up in!