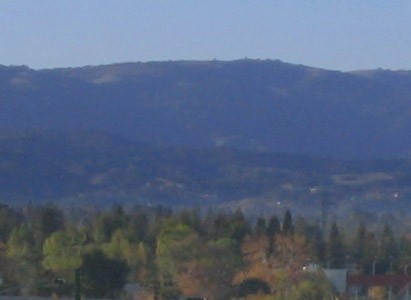 Saratoga is a highly desirable place in which to live, a great retreat from the hustle and bustle of Silicon Valley. Nestled into the Santa Cruz Mountains, it is just a few miles to the north of Los Gatos. Its an upscale town noted for great schools, low crime, scenic beauty, fabulous shops and restaurants, and stunning estates. Like most of the valley, this area was largely orchards and also some vineyards & wineries 50 or 70 years ago. In fact, the largest prune orchard in the world was once Hume Ranch, which had 680 acres of prune trees!

Exceptional entertainment is abundant in Saratoga. Take in concerts at The Mountain Winery (formerly called Paul Masson Mountain Winery) and at Villa Montalvo, two lovely outdoor venues for music, or go wine tasting or horseback riding at Cooper-Garrod off Pierce Road. The new Saratoga Library is a wonderful place to spend a rainy winter day too.

The city is comprised of many great neighborhoods, from ˜the village (downtown) to residential areas such as Prides Crossing, Brookview, Saratoga Woods, Blue Hills, The Golden Triangle, The Platinum Triangle, Montalvo, Glen Una, the new Chateaux de Notres Dames subdivision and so many more. Much of Saratoga is tract housing, built in large part by three brothers: George Day, Jim Day and Marion Day. Homes built in the 70s off Fruitvale Avenue came up quickly under George Days watchful eye (for instance, on El Puente, Versailles, and part of Farwell). They are tract homes, but well built and highly regarded as many of those sit on flat one-acre parcels ˜close to town.

Like most of the cities and towns nearby, the school district lines do not follow the city boundaries (the school boundaries were set first, when most of the area was unincorporated), so there are several districts within the city of Saratoga, and this can be confusing when people relocate here!

Below please find links to some of the best that the City of Saratoga has to offer.