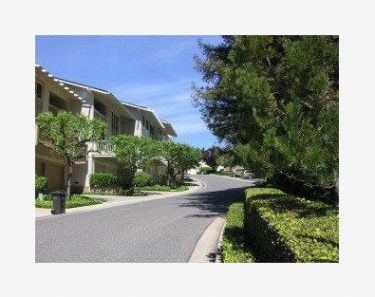 The exquisite Saratoga Oaks neighborhood is nestled between downtown Saratoga and the beautiful coastal foothills, close to the famed Hakone Gardens.  With both pools and tennis courts and a location just a block or so from tony Saratoga Village (click to see slide show), it is resort living in Silicon Valley at its finest. But this is not just a place for retirees who want to downsize, though they are also drawn here – families with kids also move to Saratoga Oaks to make use of the top rated schools.

Which public schools serve this neighborhood?

Saratoga Oaks is within the very highly regarded Saratoga Union School District. Although many other school districts in Santa Clara County assign children in homes to particular schools, Saratoga does not – it is an “open” school district. If there’s space and if the home is within the district, you may be able to chose which of the excellent Saratoga schools you wish for your student to attend. The nearest public school is Saratoga Elementary on Oak Street, but you may find enrollment instead at Foothill Elementary or Argonaut.  The higher level schools are Redwood Middle School and Saratoga High School.  California has transitioned to new school assessment, away from the old 2010 API scores, but you can check the new Saratoga Union School District “Report Cards” here. Additionally, there are two excellent private elementary schools nearby: Sacred Heart (Catholic) and St. Andrew’s (Episcopalian).

Where is Saratoga Oaks? 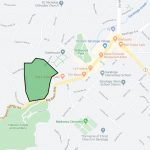 The Saratoga Oaks community is within the city of Saratoga, California, and is a part of Silicon Valley and what’s locally referred to as “the south bay” area. It can be reached either via Springer Avenue, off of 4th Street in Saratoga or from Springer off of Big Basin Way (aka Hwy 9 or Congress Springs Road). This townhouse complex is literally where the town meets the hills – so it is not at all uncommon to find deer in the open spaces! Click on the map image to go to the live, interactive Google map. 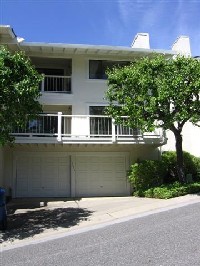 Each residence is a townhouse, but size and condition of every property varies. In general, the layout inside is very good and “feels like” a house indoors rather than a townhouse. Most are two story units (there are a few single level homes) and many of them have the garage below the living areas since this is a hilly region. Most are close to 2,200 square feet in size (but it ranges from 1950 to over 2600 SF), with 2-3 bedrooms on average (though many include a sitting room as part of the master bedroom suite also).

Many of these homes have great views. Some streets enjoy a higher elevation than others (Stoneridge is the highest) while others look out onto trees or other roofs, either of the two pools or the tennis courts. In general, homes here have a lot of windows – some models have glass floor to ceiling – to take full advantage of the vistas. This development was built between about 1973 and 1975. So it’s not uncommon to find “popcorn ceilings”, original plumbing, single pane windows and other items which may need replacing. (If the furnace is original, it’s probably time to replace it.)

In some of the floorplans there are really large laundry rooms so many owners have moved the utilities to either a closet upstairs to to the garage and reclaimed the laundry room as a small office or computer room. Although this is not a “gated community”, Saratoga Oaks is quiet and there’s not a lot of traffic. In fact, it’s so calm that I’ve seen deer meandering through mid-day! The noise that you might hear will likely come from exuberance at the pool or a vehicle on Big Basin Way.

Finally, these homes are located in a slightly hilly area, so some of the usual concerns around hillside homes apply here too. If you’d like to read more on this topic, please check out the following posts:

What To Consider When Buying a Hillside Home in Silicon Valley 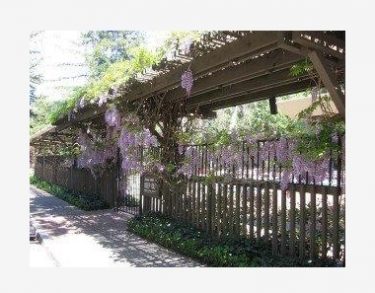 What does it cost to purchase a Saratoga Oaks Townhome?

Depending on the precise location (whether or not there’s a view, if it’s an end unit etc.), size, and condition of the townhouse, sales prices vary between $1.5 million all the way up to $2.05 million in the last two years. Recently, most have been within the $1.5 to $1.7 million range. The Saratoga condo and townhouse real estate market is a mild seller’s market right now, so it’s very tough for properties to push the upper limits of value at this time.

I should add something that is sometimes a bit of a hidden cost, and that’s the home owner association dues, which are steep.

Because this communities has not just private roads and landscaping, but also tennis courts, two pools, beautiful oak trees to maintain, regular blanket insurance and also earthquake insurance, the amount of money paid to the HOA each month, if you include everything (insurance and dues) runs between $550/month to high 6s or more.  You could be paying $685 per month, in other words – larger units are charged more than the smaller ones. If you see a very low (relatively) HOA fee, it probably is not including the required insurance fees, which are both “blanket” insurance and earthquake insurance for the complex. Head’s up on that.

In order to not miss any, I will include below all townhouses in Saratoga in this price range (displaying more than just Saratoga Oaks rather than missing any).  Sorry in advance for any confusion this may cause!