Should you sell “As Is” or make repairs and upgrades prior to selling? 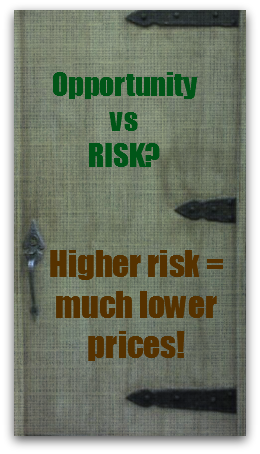 A few years ago, I wrote an article on my Live in Los Gatos blog on the question of whether a Silicon Valley home seller should sell the home in its current condition, or improve it with the hopes of selling for more.  You can find it here: Should You Repair & Update Your Home to Sell? Or Sell “As Is”?

Today I was doing a comparative (competitive) market analysis for a client in the Blossom Valley area of San Jose and was struck by two tract houses which sold at about the same time, same market conditions, on the same street, with the same floor plan, but for very different prices.   We’ll refer to them as Home 1 and Home 2.

Home 1 was nicely remodeled – at least the kitchen and baths were obviously nicely upgraded.  The house was furnished when the photos were taken and it looked very inviting. It was listed for about $630,000 and sold for $670,000 in under 2 weeks.

House 2 appeared to be in original condition – in other words, a “fixer” in the eyes of most Silicon Valley home buyers. A vacant home, it was not staged to sell but instead was starkly empty – and frankly, it was not at all inviting.  This house was offered at around $550,000 and sold for $490,000 after almost 2 months on the market.

There was more than a 10% difference in the list prices of these two homes.  Was that enough? Apparently not.  One got bid up 5% more while the other one got bid down more than 10%.  The difference in their ultimate sales price is a whopping $180,000, or 37% more for the home in better condition.   Did the fixed up home have that much in improvements done to it?  That’s unlikely!  But buyers worry about having to do remodeling and repairs, and the more buyers worry, the less they pay.  It’s a risk-reward ratio.  If they risk more by buying a fixer, there needs to be a monetary reward.  And they almost always get it.

Perhaps as a busy San Jose area home owner, you don’t have a ton of time or money to put into fixes, especially if it’s a rental or investment property which is now vacant.  How can you maximize the return on investment?   I hope that it is clear that it’s in your best interest to tweak the condition of appearance of your property to net more.  If you’d like some insights on this, please continue reading on this subject at another article on this blog: Preparing Your Silicon Valley Home to Sell and Return on Investment. Or call me for a confidential home selling appointment today!