Soft story construction may be a concern for anyone living in earthquake country. After the Loma Prieta and Northridge temblors, some apartments, condos, and another buildings got pancaked due to lack of structural strength on the first floor. What is it?

What is soft story construction?

This type of building is when the ground floor is largely pane glass windows, garage doors, carports, or other large openings. Rather than being mostly a wall, it’s largely openings in the wall.

Soft story construction is not limited to homes. It can also relate to office buildings or store fronts on the first floor with large windows or doors rather than solid walls and more floors above it. Think of an automobile showroom as an example.

The danger arises from the lack of sheer wall in case of a quake. The all glass windows on the first floor, or big carports or garages, are simply not as strong as a wall, and may give way in the case of shaking. For that reason, many are bolstered or reinforced. I wrote about it earlier this week in my Move Move2SiliconValley blog, please read more there: Is your home safe in an earthquake? 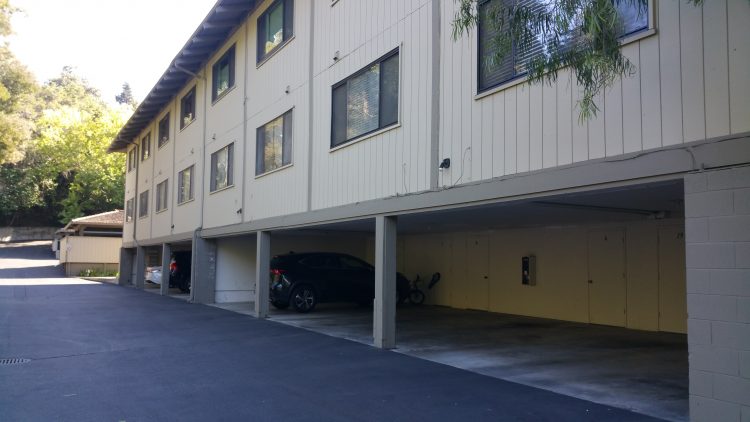 The less obvious housing includes houses with living space over a garage. It’s very common. And it can be retrofitted by strengthening the sides of the garage door opening.

If you are buying or selling a home built before 1960 in California, you’ll likely have to get or complete a form regarding earthquake hazards at the home (some people / situations are exempt) called the Residential Earthquake Hazards Report. The is written and mandated by the State of California. Question # 7 asks about homes with a living space over a garage – this is referencing soft story construction. Many home buyers and sellers would benefit from understanding all of these questions and why the responses matter for earthquake safety. Today we’ll focus on the seventh one. 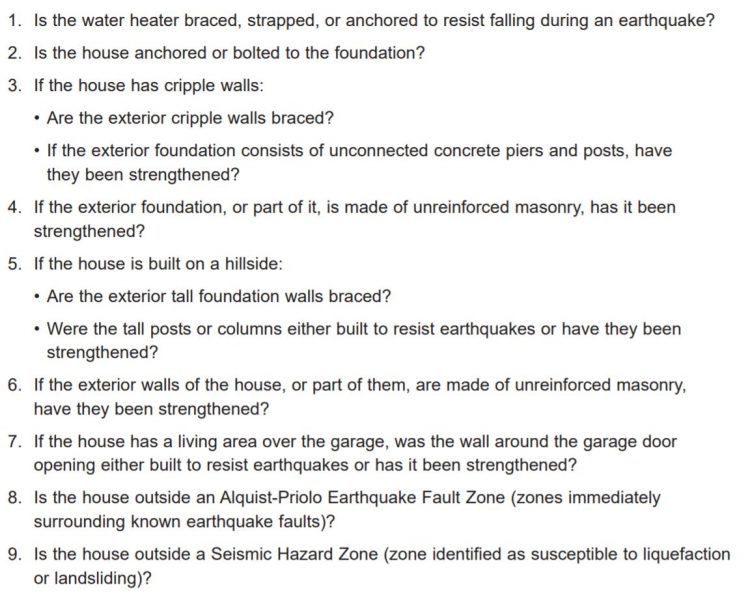 The pre- 1960 homes with this structural risk are most at risk of collapse, but that doesn’t mean they are the only ones. The building code changes often, possibly every 3 years, so younger homes should be safer. Homeowners may be encouraged to strengthen the sides of their garages if they understand the potential hazard with a large quake.

Above is a photo of a condo complex in Santa Clara County. Note that not only is that first floor almost entirely open, but also the space between each parking slot is also open. I’m not an engineer, but to me this is scary looking. Some of the really old buildings with this type of layout have only small poles, rather than heftier columns, separating one parking space from another.

When the Loma Prieta earthquake struck in 1989, we saw some older houses (1940s or 1930s era) that simply slid off of their foundations. In some cases, the gas lines ripped open, something sparked a fire, and almost nothing remained of the structure other than the fireplace or front steps. Foundation bolting should not seem like an optional upgrade here, but something that could save a life or a home.

Most homes in the San Jose area are 40 or 50 years old or more, and most could have improved seismic bolting to keep the home intact in case of a large quake. There are companies which specialize in seismic retrofitting. There are also companies which inspect only, but don’t do repairs. What’s nice about the latter is that they don’t stand to gain from telling a home owner (or a home buyer) that this or that is needed.

One such company is Bear Engineering, which is based on the Peninsula but also covers the South Bay. They are unaware that I’m mentioning them in this post, but I was impressed with their work on a client’s home and then had them inspect my own and was very impressed. I got straight answers and appreciated their thoroughness.

Related reading:
What is a cripple wall? (on our popehandy.com site)
Water heater strapping for earthquake safety (on this site)