The Silicon Valley Real Estate Market is in Recovery, But Not Every Area Is! A Study of Sunnyvale, Santa Clara and Saratoga Median List Prices 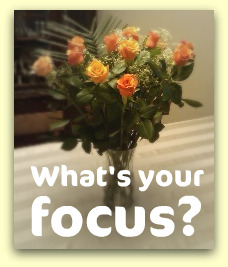 The real estate news is so mixed it’s mind boggling, whether it’s a national perspective, one specific to California, the San Francisco Bay Area, the “south Bay”, Silicon Valley or even San Jose in particular.  It is anything but a uniform, monolithic market. Even so, it’s good to look at the big picture along side the hyper local level, and that’s what we’ll do today.

Today’s San Jose Mercury News featured a front page article by Sue McAllister (an excellent reporter) on Santa Clara County housing values.  She shares that Zillow says that we’ve hit bottom here in Santa Clara County.  That is certainly good news to home owners accross Silicon Valley!  And I don’t disagree that countywide, we’re definitely looking up right now.  No guarantees for the future, but Zillow says that the threat of a second or double dip no longer seems likely. Whew!

But back to today.  Looking at the big picture, Santa Clara County’s median sales price is up about 5% over a year ago (for both condos and houses). That doesn’t mean that homes have all appreciated 5%, but rather that half of all homes sold for more and half less at a point which is five percent greater than the amount of a year ago.  It does indicate improvement, but most of that is due to more expensive homes which are selling now.

Some areas are “selling like hotcakes” when a good home comes on the market and is priced aggressively.  In those areas, home prices are trending upwards.  The myth is that it’s happening everywhere, in every price range, and in every type of residential real estate for sale.  It’s just not true.

I cannot cover every part of the San Jose area, or every type of home for sale, but will provide a few examples (again) of how terribly local “the real estate market” is.  In some areas it can change block by block!

What follows are graphs from Altos Research (to which I have a subscription) displaying the median list price of homes for sale in Sunnyvale, Santa Clara and Saratoga – both condominiums & townhouses as well as houses & duet homes.  The historical period shown for all is the last 3 years.

The median list price of Sunnyvale houses for sale.

And the same data in Sunnyvale but by price quartile. Please note how very different the market has been from one price point to the next.  The least expensive homes hit the “bottom” more recently than the most expensive ones – the top quartile had its worst period in the winter of 2008 but the lowest quartile hit it a full year later.

What about condos in Sunnyvale?

Viewed broadly, it does not look like the townhouse or condominium real estate market in Sunnyvale has hit bottom for sure.  We see a tiny uptick at the end – but it’s hardly what you could call “sustained” at this point.

When we look at the market for Sunnyvale townhomes and condos by price quartile, it appears that the most expensive ones may be trending upward in price.  Are they leading the recovery?  Perhaps.  But we’ll need to see more of this to know for sure.

I think I’ve made my point that real estate is hyper local.  Santa Clara County is clearly in recovery as a whole, but not every part of the market is recovering – some parts are still faring quite badly and are seeing further price declines.  But let’s continue on and have a look at the median list price of Santa Clara homes for sale next.

Santa Clara does not look like a market in recovery or which has hit bottom yet. Maybe – but we need to see the lack of decline continue on a lot longer before we could be comfortable declaring that the worst is over.

Here we can see that the lowest priced homes really do appear to be doing better than the rest of the Santa Clara market.  The bottom middle quartile, though, still appears to be having a slippage in list prices.  This is a much different “picture” than just viewing the Sunnyvale market as a whole.

Condominiums and townhouses for sale in Santa Clara next:

The movement upwards is encouraging, but it started so recently that we’re not yet sure if this is a blip or a new trend. Hoping for the latter.

The newness of the trend is affirmed when we look at the Santa Clara condo market by quartile: mostly what we’re seeing is that the declines have stopped. That is good news, at least!

What a bumpy market it is in Saratoga!  While it looks like “the worst” was about a year ago, the current downward trend is not comforting.  Is more bad news still ahead?  Let’s see how it looks by quartile.

Now isn’t this odd? It doesn’t look nearly so bad in Saratoga when broken down by quartiles!  The most expensive properties in Saratoga are doing the worst, and the most affordable ones are appreciating, though.    Perhaps a closer look still would help – just the top and bottom price points by themselves.  Here’s a view of the top quartile of the median list price of Saratoga homes for sale.

The luxury or estate market in Saratoga is NOT yet in recovery.  In fact, it is still in decline with no evidence of a recovery even begun yet.

And the bottom?  This chart represents the most affordable single family homes (houses & duet homes) for sale in Saratoga over the last three years.

Anyone shopping in Saratoga (especially in the areas with the very best schools) knows that this is an appreciating market – homes in this strata of the market are going up every month, especially if the home is in good shape and priced right.  Although the recovery there is still rather new, I do believe that this part of the market has seen its bottom and is truly in recovery.

The condos and townhouses in Saratoga had a little rally last summer, but then it dropped down lower in the winter and had been rising until recently. Will it look different by quartile?

Here again it looks like the bottom quartile, or most affordable Saratoga condos for sale, is recovering .  The upper price points now appear close to flat but the most expensive ones have been behaving very differently from the rest of the pack since last summer.  Perhaps this was a vote of confidence among those who are comfortable?  The luxury condominium market in Saratoga is more than merely shelter, of course, and most Santa Clara County home buyers cannot fathom purchasing a townhouse or condo over a million dollars, let alone pay the hefty home owner association dues that goes with that lifestyle.

Today we had a look at the real estate markets in Sunnyvale, Santa Clara and Saratoga – both houses and condos and in all price points.  We can see that while the whole of Santa Clara County does appear to be past the bottom of the market, there are still some segments of it which are declining in value, and others are rising.  To make the most of your real estate purchase or sale, it is extremely important to understanding what is happening in your part of the market.  Please contact me to chat about buying or selling a home within your area, budget and home type within Silicon Valley.