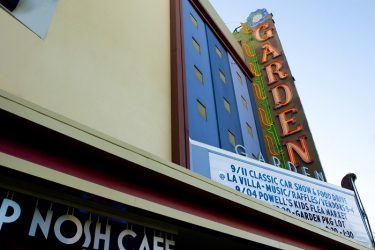 Willow Glen is a very charming, older part of San Jose that seems to beckon to a more gracious time. It is perhaps best known for its historic homes and  quaint streets, but it is also highly regarded as a tight knit community with its own, vibrant downtown.

Where is Willow Glen?

Willow Glen is close to downtown San Jose, bordered by Highway 87 to the east, Highway 280 to the north, Southwest Expy, Leigh Avenue, and Bascom Avenue to the west, and Foxworthy Avenue to the south. To the west is Campbell and to the south is Cambrian.

The public schools are mostly within the San Jose Unified School District, but on the south west side, I believe all within 95124, some are in the Cambrian School District.

The district’s centerpiece is Lincoln Avenue, a street bustling with cars and pedestrians alike. It’s filled to the brim with restaurants and shops and seems to attract a never-ending strea of visitors, especially in summer and during the holidays. Additionally, there are a number of businesses and shops along Meridian Avenue.

The boundaries are not always agreed upon.  Google Maps shows a much broader area, extending west all the way to Highway 17 and all the way south to Hillsdale, including parts of Campbell and Cambrian. The Wikipedia page on WG only includes the 95125 zip code.

Willow Glen began as an unincorporated community at about the time of the Gold Rush, at about the same time as when San Jose was the capitol of California. In 1863 the first school was built to meet the needs of the children there. It became incorporated in 1927 to fend off being annexed into the larger City of San Jose, but had a change of heart and voted to be annexed in 1936 so that the area could be on the city’s sewer system rather than to continue with septic tanks and cesspools.

Much of Willow Glen was built early in the 1900s and so the homes in the “downtown” area are older and feature classical styles of housing on tree lined streets – Spanish, Craftsman, and some even more venerable and Victorian. That is surely a large part of its charm. On the edges of Willow Glen, the homes are newer and tract. One area, known as Palm Haven, has a myriad of palm trees (both Royal Palm and Fan Palm) and older, diverse architecture surrounding a community park. The original access to Palm Haven from Bird Avenue and the rest of Willow Glen has been blocked off, but the grand old road can still be found easily enough via Clintonia off Riverside.

In addition to the unique architecture and the draw of Lincoln Avenue in “downtown Willow Glen”, there are other features that make Willow Glen popular for visitors and those who want to live there too. One is the community involvement and the love of the arts. There are festivals and free music concerts and they are a popular draw! The pace seems to be a little slower here. Is it really? I’m not sure, but just seeing that people slow down enough to play Bocce Ball at a neighborhood park convinces me that things somehow just aren’t as hectic here.

The Christmas season is special in Willow Glen, as many neighbors decorate their front yards with a single Christmas tree and lights. Other homes are fully decked out to the extreme. Some cold nights in December, traffic comes to a near standstill in this old enclave of San Jose, as folks drive in from miles to take in the holiday lights on the residential streets. It is by far the most scenic area of Santa Clara County during the holidays!

Willow Glen has a social conscience, too. There are organizations of religious groups, faiths and churches which meet to address social justice issues. One of the most popular sources of food for the hungry of Silicon Valley is the amazing Second Harvest Food Bank of Santa Clara and San Mateo Counties. This is a full-circle kind of thing as Willow Glen was once very famous for the fabulous orchards that fed the Santa Clara County. It is probably no accident that the garden next to Second Harvest Food Bank includes fruit trees!

This pretty corner of San Jose has a number of neighborhoods worth investigating more. Here are some that I’ve written about so far.

Doerr Park –  near the Cambrian border

The Willows – a younger collection of homes

Looking for a quaint place to live that’s close to downtown San Jose but feels like a whole different place? Spend some time in Willow Glen. It will charm you!