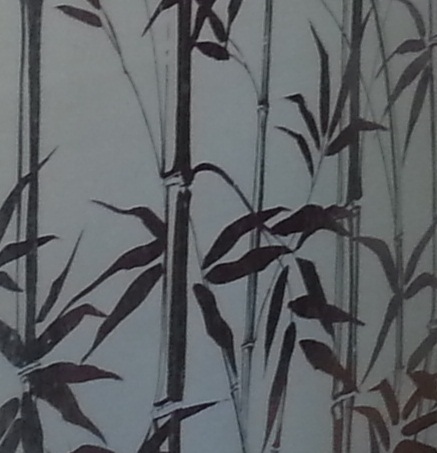 Few things evoke so emotional a response as the suggestion that wallpaper ought to be removed when staging a home to sell for top dollar.

Early in my career, I worked with a nice older couple where this became a huge fight (very uncomfortable to witness).  In that case, the wife had wanted the big brown floral kitchen wallpaper gone for years, but the husband refused to pay to have it done. When I suggested that it would boost their sales price, he was willing to commit to the work, and she was furious and hurt that he would do it at my suggestion – but not her ardent wish.

Most of the time, though, it’s almost the opposite.  One or both sellers desperately love their chosen wallpaper (at the risk of sounding sexist, it’s almost always a female with the wallpaper attachment).  The wall covering, be it grasscloth, baby roses or bunches of flowers, seems to be a particular thumbprint on the the house – to the point where it’s almost a hallmark of what makes the house, condo or townhouse “home”.  When I or other real estate licensees suggest that the best practice is to remove it, the sellers are very often defensive, angry and hurt at there mere idea of taking it down.  It is very difficult for a professional real estate salesperson to tell you what  you need to hear if you don’t want to hear it and staging recommendations become a battleground of wills.   Of course, it is your house and your money – but if you hire a Realtor to give professional guidance it’s good to take it seriously.

One of the key ideas with staging is to depersonalize the home, that is, to make it more neutral – less your taste and more generic.  We do this for many reasons, one of them so that buyers can “see themselves” there and mentally move in.  A vegetarian who looks at wallpaper full of hunting scenes will have trouble with that.  A professional ball player may have just as much difficulty with wallpaper full of rainbows and unicorns.  An article in the New York Times puts it bluntly:  “If the color scheme in the house isn’t neutral — blue walls in the boy’s room, pink walls for the girls and foil and bamboo wallpaper in the bathroom — it may be necessary to repaint with neutral colors.”

Elizabeth Weintraub (a great Realtor in Sacramento) put it very well in her About.com article Repairs Before Selling Return Rewards “It’s not that all buyers hate wallpaper. They hate your wallpaper – because it’s your personal choice, not theirs. And they hate all dated wallpaper. Get rid of it. The easiest way is to steam it off by using an inexpensive wallpaper remover steamer.”

Of course, Silicon Valley home buyers know that they can do what they want after they move in.  That’s not the point.  If they look at a house and feel put off by the decor, and that happens a lot, ultimately the house gets less interest, later offers, and sells for less.  Buyers often exhaust their savings when purchasing a home, and here in the San Jose area, many homes have 2 income situations and there is precious little time to undertake the job of removing wallpaper, resurfacing the walls and then painting.  If they’re going to do all of that work, they’ll insist on paying quite a bit less for the house (even if they tell the sellers they love it just as it is today).

Neutralizing a home that you live in to make it a house that you sell is tough emotionally, particularly for home owners who’ve lived there a long time and hold many fond memories of their beloved abode.  To make the most money on the sale, though, it’s good to emotionally detach long before the listing papers are signed.  It will help to mentally move out and try to view it as an asset that you want to sell for the most money possible.  If you can do that, it will not be so painful a process.

So the flip side of all this is a word to the wise home buyers: often your best deals in home buying are the houses with the ugly carpet, flocked, foil, or virtually any other wallpaper, and other cosmetic items that date a house considerably.  When we bought our current home in 1999, it was a cosmetic fixer – walls in good places but the interior needed a facelift.  Within a couple of months we had done a lot of these changes, including hiring someone to come in and steam off the wallpaper in the dining room, entry hall and master bathroom.  Somehow, though, we totally forgot the hall bath.  Coming up soon: a bathroom remodel, and the first thing to go will be the foil bamboo paper.  Yup, that photo above is from my own bathroom. I loathe it.  It’s got to go – for us.  But if our place were for sale, it would be gone already, because I know we’d lose part of our profit if we left it in place.