What does it cost to buy a home in Saratoga? Are there any affordable homes for sale? 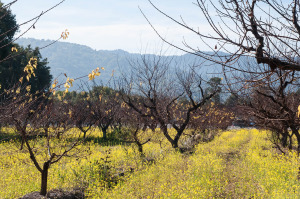 Saratoga is a scenic, historic city with great schools, parks, beautiful neighborhoods and a very attractive downtown, “the Village“. This upscale community values its rural nature, and at the same time is home to some of the most expensive estates in Silicon Valley.  A typical house in average condition may cost anywhere between $1,500,000 to about $1,900,000 in today’s market.  Condos will usually be well under a million dollars, though sometimes over.

But does the fact that the normal price is so high, or that there are luxury homes, view homes & estates in Saratoga make it out of reach for everyone?

Although best known for its tony neighborhoods, there are opportunities to purchase in this highly sought after and well regarded city without spending a million dollars or more.  Nothing in Silicon Valley is inexpensive, of course, and Saratoga is no exception, so the cost of housing here must be viewed in relation to the region as a whole.  It is certainly possible to buy a home in Saratoga for under $1,000,000. Today we’ll look at the strategies for getting in at the smallest price possible.

More and less expensive: school districts and location in Saratoga

Saratoga, like much of Santa Clara County’s cities and towns, has a fewl school districts.  Several things drive home values, but a key driver is the school district.  Areas where the local public schools have high API scores (all level of schools over 900 API) will command a premium – namely the area with the Saratoga or Cupertino schools.  Looking for a more affordable part of this lovely city? Consider the section which is served by Campbell schools or the Campbell Union High School District (the northeastern part of town).

Even within the Saratoga or Cupertino school areas, there are tiers of pricing.  Homes will be very highly valued if they are in close proximity of Saratoga Village (what some would call “walk to town”).  Also well regarded are neighborhoods which are very close to schools, shops, parks, or anything attractive.  The areas west of Highway 9 or Saratoga – Sunnyvale often sell for a bit more than those further from the hills too.

Something else to consider, especially in a market as tough as the current one, is choosing a home with a “location issue” such as being next to (or backing to) a busy road, too close to a shopping center or freeway, etc.  There are often very good discounts to be enjoyed when buying a house adjacent to something not ideal.  If you are not someone who spends a lot of time outside, this may be a great compromise for the budget minded home buyer, since often with double pane windows, it’s nearly impossible to tell indoors when the windows are closed.

Condominiums and townhouses are often a great alternative for Silicon Valley home buyers who’d like to own, rather than rent, and enjoy the benefits of living in a wonderful community like Saratoga without either the maintenance or the cost of purchasing a house with a yard to look after.

Sometimes there are very tiny houses, or cottages, too.  In 1996 I sold a 1-bedroom house that was all of about 800 square feet on 4th Street in Saratoga. Not surprisingly, it was later torn down and a brand new house was built in its place.

One more option is to buy either a very original property or one which is a “fixer upper”.  This is not for everyone, of course, because there can be a bit of cost, stress, and disruption in remodeling, especially if you’re trying to do it while living in the house or home at the same time.

Distressed sales? Not too many in Saratoga

Typically, bargain hunting home buyers in the San Jose area turn to short sales and bank owned properties for rock bottom pricing.  There simply aren’t many of them anymore in Santa Clara County generally, and far less in the more expensive areas of the west valley like Saratoga.  So keep your eyes open, but do not count on finding a distressed property for sale here.

A list of the most affordable homes for sale in Saratoga, CA

Below, please have a look at the most affordable homes listed for sale in Saratoga, California.  What’s found are houses, townhouses, condominiums which are listed at not more than one million dollars.