What does it mean to be “out of contract” in a home sale? 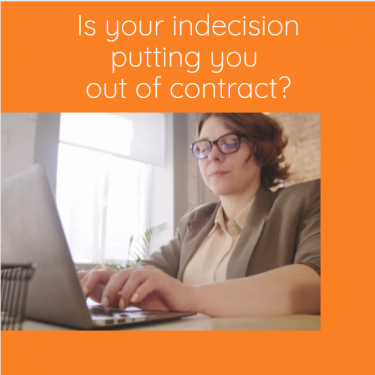 Every region of the country has some unique real estate vocabulary and phrases.  Here, in Silicon Valley, when we say “you’re out of contract“, it’s another way of saying “you are not doing what you promised to do in the purchase agreement that you signed” (meaning the real estate contract).  In other words, there is a seller or buyer default happening.

“Out of contract” is not a legal term. I remember hearing a local real estate educator say “there’s no such thing”. It’s not an official status. But it is a way of describing behavior that’s not in alignment with the contract’s express promises.

Contractual “Save the Dates”

Both sellers and buyers make promises to do certain things and most of these promises are tied to time frames or dates.  Here are a few of these time-sensitive promises or contractual obligations:

At one time or another, I have seen all of these items not adhered to by the parties who were supposed to make good on their word, and stranger violations that I don’t want to write about here lest I give someone a bad idea. I have seen sellers not move out on time (in some cases, elderly sellers who grossly misjudged the effort required to vacate.)  The failure to do so causes stress and anxiety, and sometimes worse: fear and anger.

Out of Contract: Why the Delay?

Sometimes, when either party is consumed with worry, a kind of emotional paralysis can set in. Luckily that is rare, but I have seen it. Buying and selling a home is extremely stressful, and once in awhile it coincides with other things: the death of a family member, a diagnosis of cancer, a divorce, a relocation that one party doesn’t want. So many things can happen at the same time. You may have heard the saying that “a confused mind says no”. With real estate, the confused mind doesn’t write or accept an offer, or doesn’t move forward as planned.

The trouble is that if you’ve made a promise in the contract, you don’t actually have many options for changing your mind in escrow – at least not in most cases. You’d need to talk to your attorney about how to get out of the contract, if that’s what you really want or need to do. However, stalling is not a solution and it usually raises tempers all around as one party is out of contract and causing an upheaval for everyone else involved. 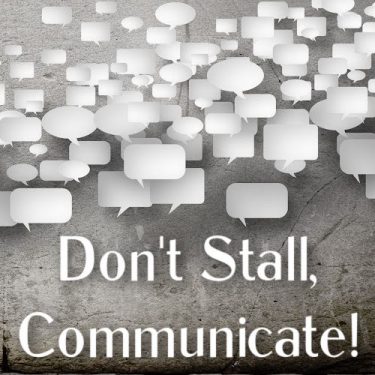 If a crisis hits in the middle of escrow, such as a cancer diagnosis or death in the family or sudden unemployment, there is a way to approach this. Buyers and sellers can be reasonably compassionate in many cases. The same is true if someone gets ill from a virus – whether it’s Covid or chicken pox, a quarantine can cause an unexpected delay in escrow. Asking for a limited extension to deal with the crisis may be acceptable. Most Realtors and consumers want transparency, though, and an explanation for the requested extension of time would do a lot to sooth jitters all around.

Being one day late on a promise may not cause the escrow to close late, but it will put a strain on the relationship between buyer and seller. Being out of contract on several things can fray nerves and force the other party into what feels like a corner. That’s never good. Buying and selling homes is a very stressful experience, without one party or the other dragging feet and adding to the angst.

Problems, of course, can occur that aren’t the buyer’s fault or the seller’s fault. Appraisers may get sick, the underwriter may have a vacation day right when it’s critical, the title company’s computer system may have a glitch, or the power company may decide to shut off the electricity during high winds and dry weather for a day or two. Sometimes these slow down a process and can trip us up a little. But don’t ignore it or pretend it doesn’t matter, whatever the cause. Instead, communicate.  Often a phone call or an email explaining the problem will do wonders.

If the delay is more than a day, consider requesting an extension in writing through an addendum.  Talk to your Realtor or broker to see what is the wisest thing to do.  Above all, do your best to “perform on time” so no one ever needs to say to you that “you’re out of contract!”

Read more about being out of contract and defaults at this article of mine elsewhere on this site:

What is a default in a real estate transaction or contract?

If it’s in the real estate contract, your lender will ask for it

Does the contract count calendar days or business days?