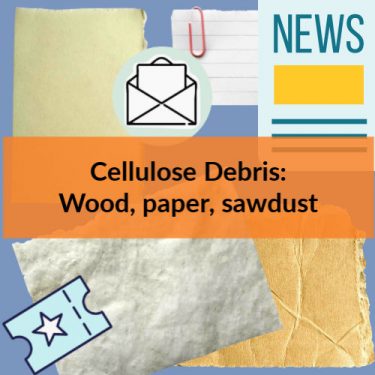 If you read a termite or pest report, you may bump into the phrase “cellulose debris.” What does it mean?

Usually cellulose debris means that there are scraps of wood, sawdust, or bits of wood (possibly paper). It’s any kind of material made of wood.  It could be old form board left in when the foundation was made. Most often, cellulose debris is mentioned as found in the crawl space of a home.  Sometimes it’s infected (meaning there is a wood destroying organism such as termites present), other times it’s simply an invitation for “wood borers” such as termites to come and feast on the wood members that are laid out as a buffet for them. Wait long enough and it might get infected.

Where do you see cellulose debris in a pest inspection?

In our Silicon Valley area, pest reports are normally “separated” into Section 1 and Section 2 findings.  If the cellulose debris is called out as Section 1, that means that there’s an infestation of termites or other wood-destroying organisms present.  If it’s Section 2, that means that it’s not yet infected but is an invitation to trouble and you should get rid of it to prevent future problems.

Pest control operators will suggest that cellulose debris be removed so that termites and other wood eating organisms aren’t attracted to the crawl space or other areas of the home.  It’s possibly a nuisance to get rid of it, but much better to dodge a problem upfront than to wait and have to solve it later.

How to prepare for a home inspection in Silicon Valley

What do you want from your home inspections?

How is buying a home in Silicon Valley different from in other parts of the country? (Move2SiliconValley relocation site)