What is the Williamson Act? Will it be eliminated? 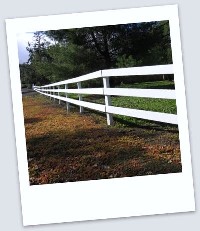 The Williamson Act, also known as the California Land Conservation Act, was passed by our California Legislature in 1965 in order to encourage rural & agricultural lands to remain undeveloped longer. When land owners enter into a contract under the act, they benefit from lower property taxes, which are based on the property’s current use, rather than paying market value based tax rates.  In exchange, the property is to remain undeveloped and continue to function the same way for the duration of that contract.  The contracts run for 10 years and are automatically renewed unless the farmer or rancher cancels it.

Why does the Williamson Act matter?

According to the Committee for Green Foothills, there are 362,000 acres of land in Santa Clara County under the Williamson Act (that article appears to have been written in 2003, so the numbers may have changed a little since then).  Much of it is in the east foothills of east San Jose and the south county areas near Morgan Hill and Gilroy, but there are patches of it in Los Gatos, Saratoga, Cupertino, Almaden Valley, Blossom Valley and throughout Silicon Valley. The tax breaks make it possible for many farmers and ranchers to stay in business and not feel forced to sell their land for development.  If they were paying “market rate” taxes, it would not be long before most or all of our rural and agricultural uses gave way to housing and other development.

Since urban sprawl created way too many neighborhoods without parks and too much automobile dependence in the last century, we have come to realize how tremendously important it is to preserve our open space and to plan wisely for the future.  While it’s unlikely that 100 years from now we will have as much acreage devoted to horses, cows, sheep and goats – let alone fruit trees, vineyard and other agriculture – we’d like to not see these local industries snuffed out due to economic hardship.  Can you imagine Gilroy without garlic farms?  Without a little help, the rural parts of California will disappear just as the beautiful orchards which gave this valley the nickname of “the valley of heart’s delight” have evaporated from view.

So for quality of life, for preservation of history, and for many other reasons, it behooves all of us to help protect our open spaces.

Challenges with The Williamson Act

here have been some challenges and problems in recent years for the Williamson Act.

In some cases, landowners went ahead and developed property that was supposed to remain ranch land, orchards, farmland etc. (At one time, property owners could pay a fee – or a fine – and get their property out of the contract. Not today, at least not so easily. In some very rare cases, land owners can cancel the contract and pay a fee – you can read about cancellations here.)

Another big issue is paying for it.  Naturally, anything which saves property owners money is costing the government in the process.  While many Californians deeply appreciate the effort to conserve our rural and agricultural land, apparently the fiscal problems at every government level in the state is putting the Williamson Act at risk as the state hasn’t always been able to reimburse the counties or cities (that financial support or reimbursement is called “subvention payments”)  for the money lost due to the land being in the Williamson Act (or perhaps just not in a timely manner?).  Some counties may want to drop out of the program, according to the Western Farm Press.

A “realignment plan” was proposed by the state in which the contracts would be reduced from 10 years to 9 and the tax rate benefits would be cut by 10%.  The participating counties got to vote on this.  In Santa Clara County, our supervisors voted NO in December.  The contracts will continue to run as before, even without as much state help. (Santa Clara County is not as dependent upon this money as some more rural counties are.)

What will happen if the state stops funding this program altogether?  Ranchers and farmers would see a rise in taxes that might make their businesses in Santa Clara County untenable, for starters. There would be lost jobs and the economy of the south county, especially, would be further damaged. Some rural Santa Clara County property owners likely will feel forced to sell their land for development.

Some other alternatives to development

Some lands may be transferred out of the Williamson Act and into something a little similar, an Open Space Easement (stemming from the Open Space Easement Act of 1974). This essentially gives the local government the right to ensure that the land is mostly undeveloped, and again there are tax breaks for the owners of the land, again for ten years at a stretch.

The Peninsula Open Space Trust (POST) sometimes buys up large swatches of land too, with the intention of making the land “open” not just for a ten year contract, but forever. This is a great cause and my disclaimer here is that it’s one my husband and I support.

I believe that when POST takes over land, it wants to eliminate buildings on the site – sometimes, these structures are historic in nature, though, so I cannot say that this is a 100% good solution since preserving historic homes and other buildings is also extremely worthwhile.

For more information on the Williamson Act and Open Space Easements:

You can read about the Williamson Act on the state’s website – tremendous detail!