What Makes One Silicon Valley Street Better Than Another? 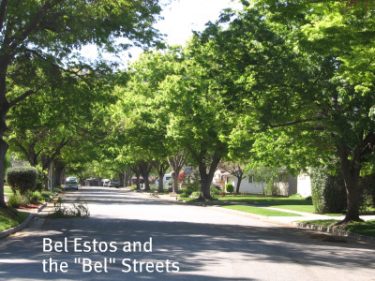 In some parts of Silicon Valley, by crossing a particular road or driving a few feet, the whole look, feel and pricing of an area can change.

This is true for Rosswood Drive at Union Avenue in Cambrian Park.  On both sides of the intersection, there are many homes of 1200 to 1400 square feet (some larger too) all built around the same time.  Both are San Jose 95124 addresses.  Both are good areas – but the 2000 and 2100 blocks are  nicer than the 1800 & 1900 blocks of Rosswood and those homes sell for more. Why? What makes one area sell for more than another?

In the case of Rosswood Drive, part of it has to do with the beautiful canopy of trees that line the two thousand block of Rosswood and the adjoining streets (Bel Escou, Bel Canto, Bel Estos, Esther, etc.). Part of it is just that the homes are a little better maintained.  Historically, Union used to divide the schools too, and that used to be part of the higher prices – but that’s not really the case now.  (A similar jump happens along Los Gatos-Almaden Road by Harwood too – same builder, Leep, but prices nudge up just a little for homes closer to Blossom Hill Road.)

How can you tell, from looking at a neighborhood, how it compares with nearby streets in the same part of town generally?  Sometimes you cannot know from looking alone (for example a flood plain, earthquake fault or school boundary won’t show), but I’ll give you some cues as to what makes areas more or less desireabile visually.

These are some things I teach my San Jose area buyers to watch out for (lower values) in terms of appearance and sounds:

Conversely, indicators that a street or area may be better include these:

Also please note:  when looking at values online, you may not realize that a house value might jump or decline 3-5% in some areas simply by crossing the road. Local agents who are active in the marketplace do know, though, so it’s good to get professional real estate help help when trying to understand home values.