When buying a home, are they counting calendar days or business days? 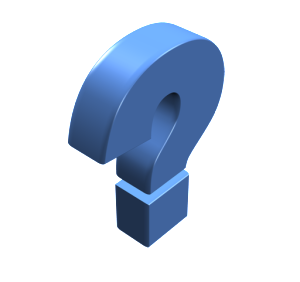 If you are purchasing a home in Silicon Valley, and you’re fortunate enough to be “in escrow”, will you be counting the calendar days or the business days to know when something is due?

Most of the time, it will be calendar days.  But not always.  I’ll explain.

First, I have to mention that in Santa Clara and San Mateo Counties, we have two different sets of real estate forms in use and they do not handle this issue of days exactly the same.  The PRDS contract is found primarily on the Peninsula and following the coastal range south through Cupertino, Saratoga, Monte Sereno, and Los Gatos.  In most other places, though, the CAR contract is usually used.   For more information on the contract differences, please see What is the difference between the CAR and PRDS purchase agreements? Does it matter which contract is used? – though the forms have been updated since then and some of the differences may have changed some.)

There are a lot of dates that get tracked in both contracts: the amount of time for getting the initial good faith deposit to escrow (a title company is the norm here for escrow); the number of days the seller has to provide the buyer all disclosures, reports, and other info; the length of time (if any) for the buyer to remove contingencies, the date of closing, and more.

Initial deposit:  for both, 3 business days is the norm, but it is possible to change it to make it faster or longer (but if longer, it’s wise to have a really good reason)

Removal of contingencies:  PRDS is strictly calendar days.  CAR is calendar days unless they fall on a weekend, in which case it rolls to the next business day.

The real estate purchase contracts, and related addenda, disclosures, etc., changes frequently.   When there is a change, Realtors usually know about it via their real estate board, their office, and often from the marker of the forms.

Where to watch out (for Realtors especially):

If you or your agent is used to one of these sets of forms and suddenly need to use the other, perhaps because the listing agent requires it, it’s very important to read the contract and related paperwork carefully so that mistakes do not happen, particularly where the days to perform are involved. For that reason, many listing agents require that contracts come in on one form or the other – they want to make sure that they are extremely familiar with the paperwork.  But this can be a challenge for agents who are used to one set and suddenly must use another.

Another “problem area” for surprises with contract days and other terms is when a real estate sales person is using outdated forms rather than the current ones.  This isn’t common but sometimes an agent is using paper contracts and writing by hand instead of using the online forms, which are current.   Once in awhile I’ll find someone who submits an offer using one of the older forms because he or she wants to “use them up”.  That’s a terrible idea, because the form is not current and there may have been important changes between the old and the new iterations of it.

How can you tell which version it is?  Normally the version is in the lower right or lower left corner of each page of the contract.

PRDS is in the lower right corner (without anything purple!).

CAR is in the lower left corner.

Long story short: most days are calendar days but do READ the fine print, particularly around when money is due to title and around contingency removals.  Who knows what the next version of these contracts might say – there are changes on the horizon for lending requirements that may change everything as of October 1st.